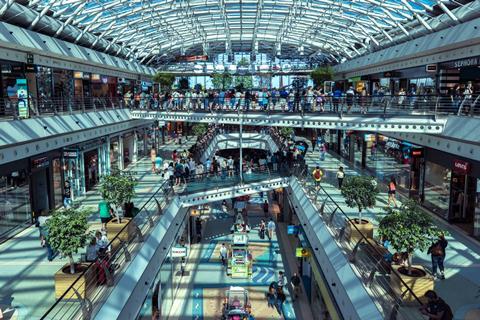 A major supermarket has said it is coming under pressure to close stores in shopping centres where most other shops have already shut.

The closure of non-essential retailers has piled pressure on landlords, with tenants no longer paying rent or service charges to keep centres open. They have been leaning on food retailers - in some cases the only shop left open - to also cease trading so centres can close.

This week, Poundland and B&M, permitted to stay open in the lockdown because of their food ranges, both announced closures of shopping centre stores.

Supermarket branches in shopping centres are being asked to do the same, The Grocer understands.

“We are seeing some pressure, predominantly in covered shopping centres,” a supermarket source told The Grocer. “Some [landlords] have reduced opening hours or shut quieter entrances into the centre, but none has closed fully, as yet.

“We’re monitoring daily and sent an internal communication out to stores that may be affected to contact us if they hear something on the ground.”

Poundland said 100 temporarily closed stores were largely either near to another trading branch or in a shopping centre where the landlord had said it was difficult to stay open for one shop.

The variety discounter also pointed to dropping footfall in the lockdown and said the closures would better position it for post-crisis recovery.

Both variety discounters are furloughing staff, including 250 central Poundland employees in Willenhall and Watford.

Temporary closures were also announced this week by Sainsbury’s and the Co-op.

Sainsbury’s said it was reviving its one-hour Chop Chop delivery service by turning one of 13 closed c-stores into a dark store for picking orders. Chop Chop previously delivered in London zones one and two but had been temporarily suspended to focus on restocking, it said.

The Co-op has temporarily closed 20 stores in locations where footfall is down and earmarked up to 40 more to follow.