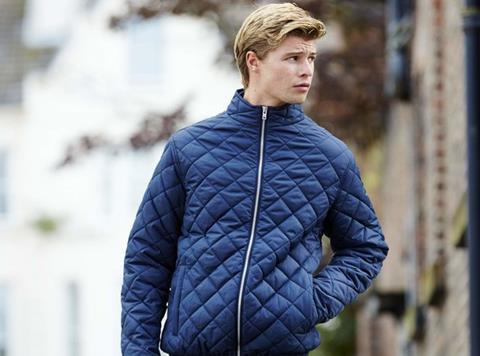 Aldi’s autumn range: A spokesman for the discounter said it expects suppliers to adhere to fair labour standards

Tesco, Aldi and Asda have come under fire for exploiting workers in Bangladesh to produce cheap clothing.

A damning investigation by the Mail on Sunday alleged all three supermarkets paid low wages to workers in Bangladeshi factories, leaving them unable to support their families.

“Poverty wages” of 25p an hour in a factory producing Aldi polo shirts left many women unable to send their own children to school, the investigation found.

Journalists spoke to a young mother at the NAZ factory in Mirzapur, who was paid a minimum wage of 5,300 Bangladeshi taka, equivalent to £47.46 a month. Calculated on the basis of a six-day 48-hour week, this averages 25p an hour.

Employees revealed they worked 12-hour shifts in stifling heat, lacking sufficient fans to keep them cool. Some workers at the NAZ factory claimed to work up to 74 hours a week, exceeding the legal maximum of 60 hours.

Aldi has committed to a full investigation into the allegations.

“Suppliers are contractually required to comply with national laws and Aldi’s social standards in production, which outline the fair labour standards that we expect them to adhere to,” said an Aldi spokesman.

“We will visit this facility again and carry out a full audit to investigate these allegations. It is important to note that the cost we agree with our suppliers is not influenced in any way by our retail price.”

Tesco also came under criticism for conditions at the Dird Composite Textiles factory, which produces the supermarket’s £5 school jumper. Employees were forced to live in shanty towns, the paper claimed, and one machine operator who received £64.47 a month (34p an hour) admitted that he struggled to support his family on such a low income.

“We work closely with our suppliers to ensure good working conditions and we know they pay above market averages. We will continue to work with suppliers to improve wages and would take firm action against any kind of abuse or under-payment,” said a Tesco spokeswoman.

She added that Tesco’s local team of sourcing and ethical experts visit the factory every day to observe working conditions and talk to workers. The supermarket also monitors wage improvement plans with its strategic suppliers, who represent 80% of its sourcing from Bangladesh.

The Mail on Sunday investigation found the Babylon Complex, which produces school shirts for Asda’s clothing range George, paid some of its workers under 26p an hour.

“Asda cares about the welfare of the people who work to produce the products we sell. We expect our suppliers to treat their workers with respect and dignity, and we take allegations regarding mistreatment of workers seriously,” said an Asda spokeswoman.

“We have processes in place that approach the challenges inherent in a global supply chain in three ways: standards for our suppliers, collaborations and audits. We continuously re-examine our efforts in all three areas to drive responsibility in our global supply chain, including in relation to worker conditions, voluntary labour, foreign workers and wages. Asda is also committed to participating in efforts with external stakeholders to advance the goal of identifying risk and building a more transparent supply chain.”