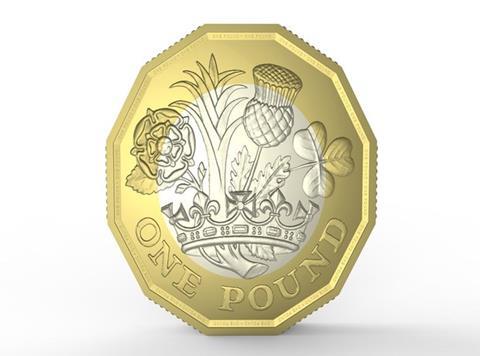 Tesco is to unlock the trolleys at nearly 200 of its stores because they are currently unable to accept the new one pound coin, which comes into circulation from tomorrow.

The retailer said it was currently adapting the trolleys, operated at a minority of its 3,300 stores, so they would work with the new 12-sided coin.

“We are currently updating our trolleys with locks so they can accept the new pound coin. There will be no disruption to customers while we do this,” said a Tesco spokeswoman.

The rest of the big four claimed they had already taken measures to adapt their trolleys to take the coin.

Asda claimed that it was phasing out trolley coin deposits in most of its stores but that where they remained trolleys would be compatible with the new coin.

A spokeswoman for Morrisons said: “We have made changes to our trolleys and we don’t envisage any problems at all.”

A spokeswoman for Sainsbury’s added: “Our trolleys and self-service checkouts will accept the new and old £1 coin, with our trolleys also accepting the tokens used to resemble them.”

Meanwhile all of the big four, include Tesco, said self-scan machines had been adapted in their stores to accept the new currency and that they would have staff on hand in case of any issues.

After the new coin comes into circulation, there will be a six-month transition period during which both the old and the new coins will be accepted as legal tender, with the round coin completely phased out by 15 October.