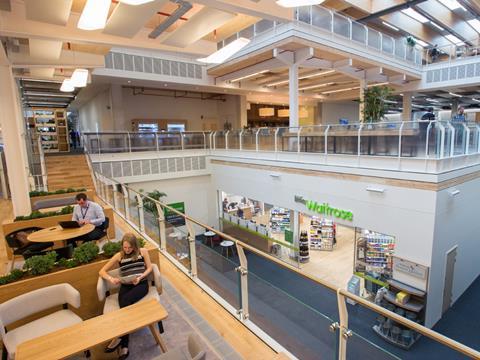 Cash is no longer king

According to the latest reports from Payments UK, use of card outstripped cash for the first time in 2015. Championed by supermarkets and the likes of TfL, we’re seeing a significant migration of low-value transactions from card to cash. Already, 63% of 16 to 34-year-olds say they want to see more technologies that enable them to leave their wallets at home and pay with smartphones. Online retail has flourished because of its simplicity and flexibility, enabled by technology. Physical retail stores have much to learn from that model.

Sir, At London 2012, corporate sponsorship amounted to less than 10% of the total Games budget, with only 2% of the IOC’s income coming from Coca-Cola and McDonald’s sponsorship fees (‘Time for campaigners against Olympic junk food sponsorship to get real,’ thegrocer.co.uk, 8 August).

The food industry now talks a better game on sugar reduction, but their marketing tells a different story. For example, Coca-Cola’s global Olympics ad gives twice as much screen time to full-sugar Classic Coke as it does to Coke Life and Coke Zero Sugar combined. And 90% of promotional offers listed on Kellogg’s special TeamGB website are for high-sugar cereals and snack bars.

If the FDF were truly serious about the funding of grassroots sports, they would back the government’s soft drinks industry levy, which will see £320m for primary school PE and sport in its first year. Instead they are lobbying against it, and refusing to acknowledge that the UK might have something to learn from Brazil, Mexico and other countries leading the way in introducing policies that tackle childhood obesity.

Sir, We’re delighted to see The Grocer uniting our industry with a campaign to reduce food waste and we’re proud to be offering our support. We have worked for years with our subsidiary businesses, suppliers, customers and colleagues in an effort to cut waste. There is definitely the need for increased collaboration between businesses, suppliers and policymakers to reduce waste.