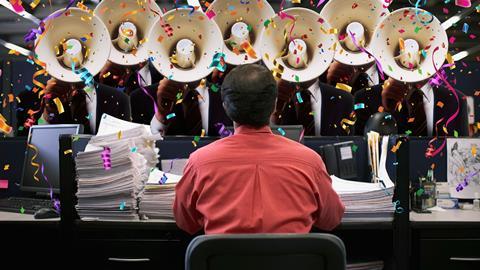 How to get your brand in front of buyers

Today’s buyer is time-poor and stretched thin. So brands need to be creative to grab attention – or get lost in the background

In September 2018, hundreds gathered excitedly at Wembley Stadium. They chatted with pro footballers. They drank beer. They filled up on goodie bags. There were celebrity talks, tastings and entertainment. By all accounts it was a great day. Fun, informal and energetic.

Which, when you consider all 400 guests were there for a day’s work, is no mean feat.

Made up of buyers, category teams and trade marketers from some of the UK’s leading grocery businesses, guests had all been invited by Budweiser Brewing Group for the largest retailer sell-in event in the brand’s history. The pro footballers were brand ambassadors, the beer was theirs and the goodie bags packed with their latest NPD. Teams could browse 11 rooms with 11 different immersive brand experiences, chat to the commercial teams and leave with samples. “It was a way to bring to life our epic brands in an epic way,” says head of trade marketing Sharon Palmer.

It was also unrecognisable from retailer sell-in events of a few years ago where, more often than not, buyers were invited to a hotel room for death by PowerPoint. Not long ago AB InBev had held a similar event in a boardroom with a bit of VR and “some dressing”, says Tanya Brookfield, CEO of Elvis, which works with BBG. Then it began thinking a bit bigger and hired out a wedding venue near its Luton HQ. “The following year the ambition got bigger and Bud started to partner with Wembley,” says David Whitehouse, business director at Elvis. “Every year the ambition steps up further.”

Why? Well it isn’t easy to lure buyers out of the office any more. Even with a multimillion-pound portfolio. “Once upon a time brands would have forged strong relationships with buyers over a number of years and those buyers would’ve stayed in place, with a really good understanding of the category and the key players in the market,” says Neil Brenson, group account director for the retail trade at Jellybean Creative. While there might have been a quick game of golf, brands relied far more on these longer-term relationships, reassured that one dull PowerPoint would still be enough to secure a buyers’ attention.

That’s no longer the case. Buying teams at the major grocers have been slashed, with those that remain handed far bigger categories to look after. They’re time-poor and harassed on all sides. On top of that, levels of turnover are far higher, says Brenson, and “that continued churn with buyers moving around a lot is a source of frustration on both sides”.

In other words building a relationship, even securing a meeting with them, can be monumentally difficult. It takes increasing levels of creativity and, in many cases, increasing piles of cash. Against that backdrop “exciting sell-ins are absolutely key in terms of getting a buyer’s interest”, says Brenson. “It’ll encourage them to take time out of what is a very busy schedule.” Adds Brookfield: “It’s about treating buyers like human beings and understanding they’re in thousands of these and their priorities might not be aligned with yours as a brand. But focusing your efforts and making this a desirable event means attendance improves.”

AB InBev isn’t the only major fmcg brand to take this tack. Weetabix recently invited retailers to a “bright and early” start at a farm, made them personalised cereal boxes and gave them a tour through themed rooms back at the brands’ offices for their own sell-in, says head of category and in-store Mark Perry.

Other buyers concocted their own breakfast creations as part of the brand’s Weetabuddy push. “As we tailor each event for different customers, our events therefore come in all shapes and sizes,” he adds. “We ask the teams to think about who they are talking to in the room, what the most effective way of communicating to them is, what the key messages to land are and ultimately what this will mean for the customer. Each customer is different - not everyone will want to sit in a presentation all day - someone will want to actively co-create while others will just want a topline view.”

The most effective events are bespoke, says Brenson. One “large biscuit manufacturer” took buyers on one-on-one tours through an immersive experience after hiring out the entire floor of an additional office building, he remembers, with mocked-up supermarket aisles from their own store and even actors playing a typical family in a pop-up living room enjoying the product.

Meanwhile a battery brand, looking to talk to buyers about its long-life product, hired the world’s longest limo and went on a tour of the major supermarket head offices, picking up buyers on the way, treating them to champagne and marketing videos playing on plasma screens. One customer - “who we knew was a mad cricket fan” - was driven off to watch a match at Lord’s after business was wrapped up.

A sports drink brand even marked the launch of a new flavour by inviting wholesale buyers for a “money can’t buy” experience playing football on the pitch at Arsenal’s Emirates Stadium, with semi-pro footballers drafted in and VIP treatment. “Off the back of it the product was listed, the campaign was executed and the product is still in market today,” says Brenson.

Because at the crux of any successful retailer sell-in is balancing entertainment with commercial decisions. “When customers leave they’re feeling inspired, but they also know there’s an opportunity to work with us on how to deliver the best plan that’s relevant for them,” says Palmer. “That’s what success looks like and it’s a very careful balance to be struck.” Have they struck that balance? “Absolutely. Straightaway we can start the conversation within the co-creation sessions on areas of interest for both us and them. You might not be able to put a monetary figure on that but it’s definitely an ROI.” 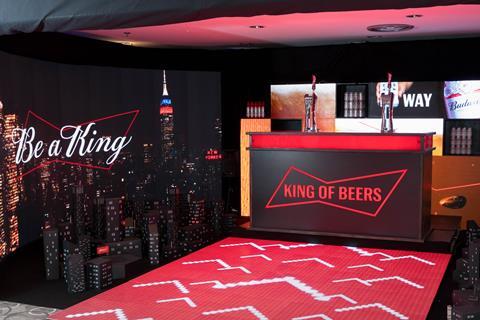 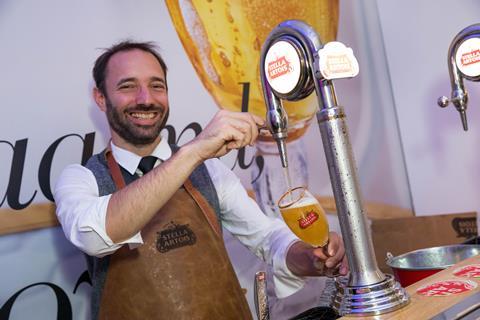 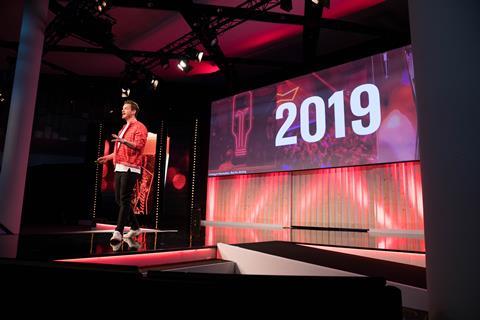 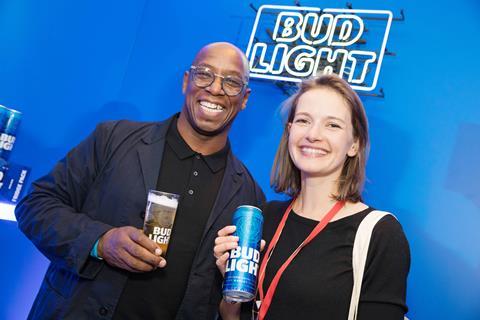 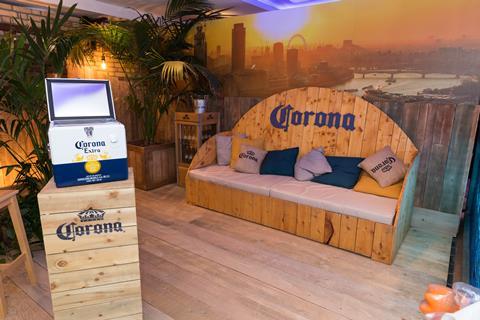 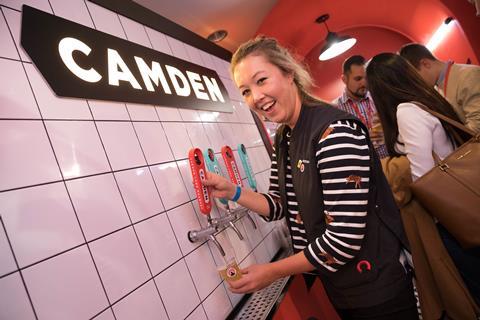 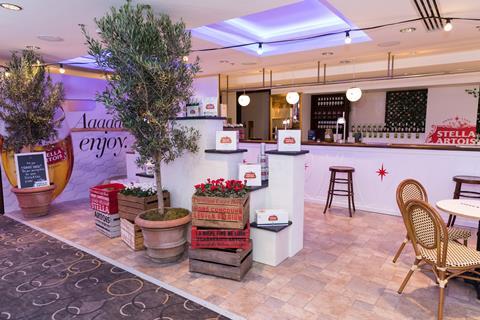 You can put a monetary figure on hiring Wembley Stadium though. Or a fleet of limos. Or even (as one supplier did when looking to secure a multimillion-pound foodservice contract) flying a buying team first-class to Dubai, hiring their favourite sports car and watching a game of polo on camelback. All cost huge sums. Sums that smaller brands simply don’t have.

Big brands know this, of course. Indeed, one factor behind these increasingly elaborate sell-in events is to inject the kind of brand personality that have helped challenger brands establish an edge with buyers in the first place. They “need to pull out all the stops”, says Brenson. “And one thing they have over challenger brands is budget, money and marketing clout.”

On the other hand, “it’s very difficult for small brands. We don’t have a £2m marketing budget to promote NPD”, says Julianne Ponan, CEO of Creative Nature Superfoods. Even at “big shows like IFE, larger brands can afford huge amounts of space plus employ designers and have a fully bespoke stand, which can cost £20k-plus. Small brands cannot afford to spend this much so can get lost in a sea of large companies.”

Read more: Inexperienced and ignorant buyers are choking the life from suppliers

It can be daunting, agrees Stuart Macdonald, founder of peanut butter brand Manilife. “Especially now when there are so many products coming in. Though what’s more disconcerting isn’t necessarily a brand renting out Wembley. That’s so far away that we’re not even playing in that space. It’s more the sheer number of people bombarding these buyers. The challenge is about making yourself stand out whilst having the commercial nous to play in the same arena once you get the meeting.”

For challenger brands on small budgets, getting that meeting takes creativity, be it Propercorn sending in balloons filled with popcorn, or Vita Coco popping an inflatable palm tree in the post. “We have found out the journey a buyer takes to work before,” says Brenson, of working with smaller brands. “And on their journey they might see an advertising hoarding specifically targeted at them, saying ‘list me in Sainsbury’s’ or using their name. We have been that bold.”

At Manilife, after spotting snack brand Grenade had driven a tank to one buyer’s office, Macdonald followed up with a “wee parcel” containing a Thomas the Tank Engine as a light-hearted riposte. You have be “cheeky”, he says, but also remember that comes with a risk.

“One of the reasons why Manilife, I believe, is not in Whole Foods is because when we first raised money from investors I put a message out to them saying Whole Foods was our target and to all go request it,” he says. “They got so many requests that a buyer assumed it was me and a few friends pretending to be multiple people and we got put on, allegedly, a blacklist.

“You’ve got to take a gamble though. It won’t always work, but what other option do you have?” Up against the deep pockets and elaborate plans of the big guys, it’s every brand for themselves.