Blockchain’s benefits: what should retailers be on the lookout for? 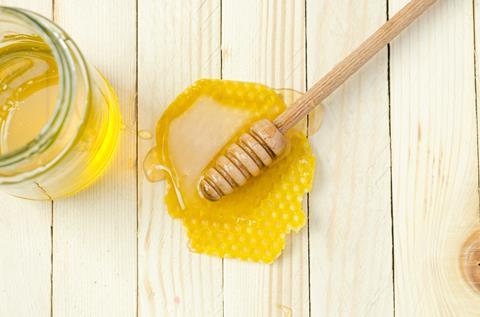 The benefits of blockchain for retailers are plentiful, particularly in the fight against counterfeit goods

Towards the end of last year, Tesco hit headlines due to concerns that its own-brand honey had been adulterated with cheap syrups.

This incident sent the issue of how food products can be authenticated to the top of many retailers’ agendas. However, tech may offer a solution. In 2019, a blockchain tracked a jar of manuka honey from New Zealand to China, demonstrating how this technology can reassure consumers and retailers alike about a product’s provenance, while also saving retailers from the reputational damage of having adulterated products on their shelves.

Blockchain is a decentralised record-keeping technology that stores data, such as a product’s origin, in a verifiable and permanent way. Currently, there isn’t clear legislation on using blockchain in fmcg, but this doesn’t mean organisations should rule it out. However, there are a number of factors that are vital to address in order to protect against sticky issues down the line.

The implementation of blockchain presents a double-edged sword. While the immutable nature of the data on a blockchain gives it an advantage over traditional technologies, this places it directly in conflict with GDPR and the ‘right to be forgotten’. This could be mitigated by using a private permissioned blockchain – which restricts who can participate in the transactions – and implementing a governance framework to manage the data handling.

Jurisdiction is another tricky area as blockchain solutions – especially ones used in supply chains – can cover multiple jurisdictions and the decentralised nature of blockchain can make it difficult to establish which laws apply. The parties can overcome this difficulty if they can agree appropriate governing law provisions as part of the contractual process.

Supply chains can be enhanced with ‘smart contracts’ – software-based agreements that can exist within a blockchain solution and execute actions based on pre-agreed events, such as making a payment from one party to another when a shipment reaches a destination. While these can be valid and binding contracts, they aren’t immune to legal challenge.

Beyond these issues, there are also practical and contractual considerations to consider. Different terms must be clearly agreed with all parties – such as who has permission to update and access the blockchain; costs distribution; and who will be liable if something goes wrong. Establishing and agreeing these points clearly, and in writing, is vital.

As technology continues to evolve, there will inevitably be some grey areas as the industry catches up. However, blockchains’ benefits for retailers are plentiful, particularly in the fight against counterfeit goods. So, don’t let the lack of legislation stop you – but before you jump in the deep end, make sure your contract is watertight.