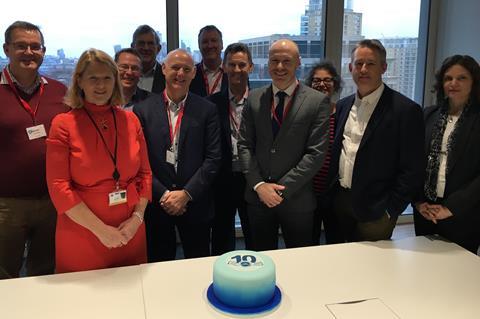 Groceries Code Adjudicator Christine Tacon today launched her final annual survey of suppliers before she steps down from the role, 10 years to the day since the Groceries Supply Code of Practice came into force.

Tacon said the 2019 survey results had been the best ever, with only four out of 10 suppliers reporting having experienced a code-related issue in the previous year, compared with a peak of eight out of 10 in 2014.

It followed what the Adjudicator said had been a huge improvement in retailer behaviour across the board since she took up the role eight years ago.

However, this year’s survey comes not only amid what Tacon described as a “challenging retail background” but with doubts about the future of the Adjudicator role, with the government seeking a new candidate.

When she confirmed she was stepping down, Tacon also announced plans to embed a greater degree of self-regulation among retailers, and fears have been expressed about whether a new Adjudicator will come armed with enough teeth.

What’s ‘reasonable’ when it comes to making a complaint under GSCOP?

However, Tacon, who leaves the post in June, said the survey had shown continuing improvement in retailer behaviour and had played a vital role in helping the GCA to achieve progress for suppliers.

Tesco slipped one place to fourth, behind Waitrose, following a number of complaints from suppliers about its Booker operations.

“The annual survey is the best way for the GCA to understand what issues suppliers are experiencing with the retailers and it is a powerful indicator of the state of relations in the sector,” said Tacon. “The retailers themselves use the results to help them pinpoint the issues they need to work on.

“I have tracked retailer behaviour through an annual survey since my first year in the role and seen continued progress. The 2019 survey results were the best ever with only four out of 10 suppliers reporting having experienced a code-related issue in the last 12 months - down from a high of eight out of 10 in 2014 - but I am still pushing for further improvement. I would like to see if that trend has continued against a challenging retail background and since three additional retailers joined the original 10.

“Since my appointment as the UK’s first Groceries Code Adjudicator I have seen great changes in the relationship between the major retailers I regulate and their direct suppliers. This is my last annual survey as the GCA and, as always, its value comes from the significant number of suppliers who take part. I need all sectors and sizes of groceries suppliers to complete my survey, so please take the time to fill it in.”

The independent polling company YouGov runs the survey on behalf of the GCA and Tacon said suppliers could be confident the information they provide was treated in complete confidence.

Suppliers can complete the survey at yougov.com/GCA.