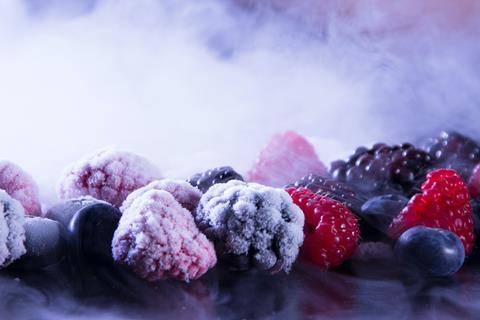 The cold chain sector is embarking on a “road to net zero” effort in response to climate change, looming regulations and customer demand.

The Cold Chain Federation this week published a scene-setting document ahead of a series of workshops with industry players and academics, as the industry reckons with its environmental impact.

“It’s about looking at both the individual parts and the cold chain ecosystem as a whole to work out what needs to change for us to be ready for a net-zero world,” the federation’s CEO Shane Brennan told The Grocer.

Discussions will cover definitions, warehousing, transport and sources of funding for research. A full report is expected to be published in March.

As an energy-intensive process, refrigeration “will face scrutiny in the years ahead” the document states. But it is a “force for climate good” as it can significantly reduce food waste, and “in a changing climate we are going to need more cold chain, not less”, the paper adds.

Nevertheless, “today’s cold chain, like most other industries, is not yet ready for a net-zero future”.

“It’s not about saying we can achieve these things tomorrow, it’s about finding the pathways to securing net-zero in 30 years, while making sure we are doing things in the next year and few years that can make a significant difference,” Brennan said.

The sector is facing both long and near-term challenges concerning its impact on the planet.

While the government’s commitment to bring all greenhouse gas emissions to net zero has been set for 2050, in the shorter term the expansion of clean air zones, a 2030 ban on diesel vans and supermarket environmental targets loom large.

Another immediate issue is a planned ban on hauliers using red diesel to run the refrigeration systems found on some 40,000 trucks and lorries.

While logistics bodies have called for more time from government to find viable alternatives, transport refrigeration service Michael Ward has claimed they are often “unaware” of them.

“It’s vital that everyone in the industry has full access to objective information about all technology options,” he said.