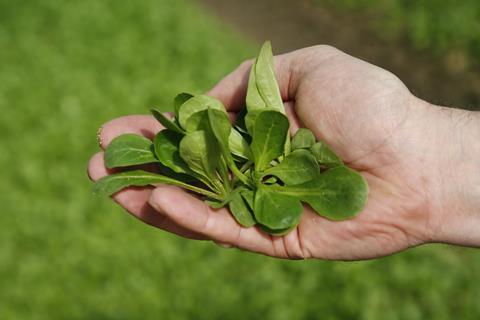 The price of salads could rise if coronavirus measures continue to disrupt just-in-time supply chains, the UK boss of Florette has warned.

The brand was facing increased transportation costs from the Continent due to the coronavirus crisis, MD Doug Robertson told The Grocer, and it may need to pass those costs on to consumers.

It sources most of its produce from Continental Europe during the winter months, until the UK season starts in May.

“We were taking quite a bit of product from Caen in northern France to Portsmouth. There used to be two sailings a day, now there’s one,” said Robertson. “We’ve now chosen to go via Calais, which means our transporters have further to travel,” he added. “With return loads now unavailable, we’re working with our partners to contribute towards additional costs.”

Volumes going through Florette’s factories have also been “significantly” impacted, as social distancing measures mean lorry drivers cannot alternate at the wheel to speed up journey times. It had stopped Florette from “adapting as quickly as usual” in demand peaks, Robertson pointed out.

Meanwhile, production lines have “slowed down” as social distancing in factories mean fewer people can operate on some areas of the production line, and the supplier has also faced a drop-off in the foodservice channel, which accounts for some 40% of its business.

Retail sales, while positive, have not counterbalanced the losses from the foodservice sector, Robertson said.

“People aren’t going back into store as frequently,” he added. Reduced browsing time in fresh aisles was also thought to have contributed to a dip in sales.

Florette has largely emerged unaffected by coronavirus-related labour issues. It hires 50 seasonal workers, many of whom are already in the UK, at its 370-acre farm in Essex. Meanwhile, out of an overall workforce of 1,000 employees, absenteeism caused by the virus was around 3%.

But Robertson underlined the importance of a seasonal agricultural workers scheme in the “medium to long-term” as coronavirus-related unemployment levels subside.

“When it drops to more normal levels, I believe that we will need that seasonal workers scheme more than ever. It will be key for agriculture in the UK.”