How the Covid crisis illustrates the importance of organic food 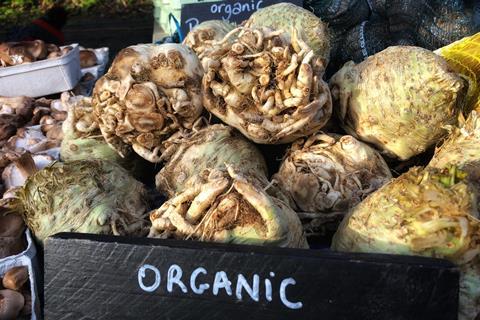 With chances of a second lockdown emerging and uncertainty around Brexit’s impact, the issues of food, supply chains and how we preserve the natural world are likely to remain sharply in focus. Indeed, recent polling has shown the majority of the UK public don’t think our food system will cope with these challenges.

Organic provides a solution that speaks to these themes – and it has already benefited from shifting consumer behaviours. Organic sales in supermarkets have seen the highest growth since December 2016 and the Organic Trade Board’s recent survey revealed over 12 million Brits are more likely to buy organic than they were before the Covid crisis.

During the first lockdown, many online organic fruit & veg box schemes reported unprecedented demand. In fact, traffic to the Soil Association’s box scheme listings online increased by 900% in March and April compared with January and February. Riverford Organic Farmers reported an immediate uplift in deliveries of around 25% as lockdown took hold, due to the surge in demand for home delivery and organic produce.

What was clear from a recent Soil Association webinar with clients was that the crisis made businesses much more agile. They focused on adapting quickly and, for some, this meant directly selling to consumers for the first time. With an appetite for buying local and a desire to reduce lengthy supply chains also emerging, many producers saw a ripe market and have capitalised on it. In fact, Yeo Valley recently launched its online ‘Farm Shop’, stating “we want to support small farm businesses who share our mission to put nature first but who may not have access to the audience they deserve”.

What also emerged from the webinar with licensees was how crucial online had become. Investing in online ahead of the first lockdown proved a success for online organic retailer Vintage Roots, which stocks many Soil Association-certified wine brands. It reported that, from March to end of June, it ran at nearly four times its rate from the previous year. Neil Palmer from Vintage Roots says: “We have invested in SEO and our website in the run-up to 2020 and have taken on a dedicated person for social media. The increase in orders, we assume, is part of the trend toward the safe haven of organic food and drink (in a time of crisis) and the ease and safety of getting orders delivered.”

The resilience that organic is showing with consumers – both online and in store – is just one element of the resilience organic presents. Organic is a workable model for sustainable food production, with methods encouraging diversity and building rather than depletion. This results in farming that is not only more planet and wildlife-friendly, but ultimately less vulnerable to drought, flood, pests, disease and other potential impacts. An environment under pressure will only add to the kind of pressure on society that we are seeing now – as Prince Charles highlighted at the beginning of Climate Week.

Back in April, Soil Association Certification called on the industry to stick with organic, despite challenging times ahead, and in large part the industry did. We’re hopeful that retailers will continue to provide choice for consumers, seeing organic as an area of growth and opportunity even if difficult economic times hit. It is widely acknowledged that this decade is crucial for humanity, and that farmers and land managers have a pivotal role to play. It’s no longer enough to have islands of good practice: all of food and farming, in its many forms, shapes and sizes, must work together to meet the challenges ahead. We know conscious consumers are willing to pay for the quality of organic and reassurance that the product does not cost the earth.