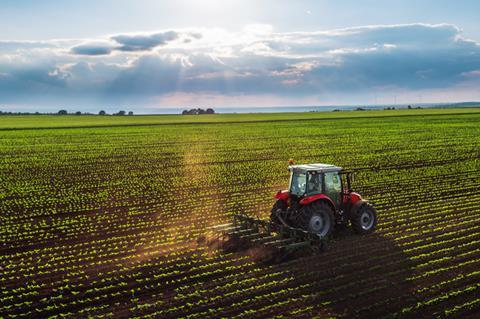 MPs have urged the government to set out a clear strategy for protecting food supplies amid concerns over how a “climate breakdown” could affect the UK’s food security.

The Environmental Audit Committee called on the government to recognise the risks arising from the UK importing 40% of its food. A fifth of the UK’s fruit & vegetables come from countries deemed at risk from climate change, according to its latest report.

A national food council could be established to lead the country’s future food strategy, the EAC said. It could take oversight of food production, nutrition and public health.

“We are facing a food security crisis, exacerbated by uncertainty over the UK’s future trading position with the EU and the rest of the world,” said EAC chair Mary Creagh.

“Ministers must now publish all the information they hold from Operation Yellowhammer on food security and likely costs in the event of a no-deal Brexit. What is needed is a planetary health champion to put this agenda at the heart of government.”

The EAC also accused the government of complacency about climate change, and called on it to “promote healthier, more sustainable diets” which would boost both public and environmental health.

In response, a government spokesman said: “We recognise the threat climate change poses to many facets of our national life, including our food production and supply, which is why the UK is the first major economy to legislate for net-zero emissions by 2050.

“We already have a highly resilient food supply chain in the UK, and our National Food Strategy review is considering how we can further address the challenges of a changing climate and continue to deliver safe, healthy, affordable food now and for generations to come.”