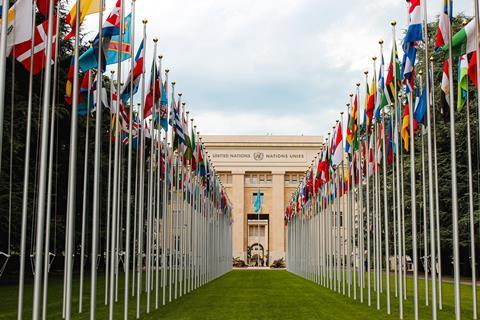 As dinner parties go, the forthcoming UN Food Summit in September is already a disaster. Would-be guests have declined the invitation because they can’t stomach what’s on the menu.

The ‘cannot attend’ replies started coming in earlier this year when 550 civil society organisations, universities and social movements from across the world said they would boycott the summit and set up a parallel meeting.

Three UN special rapporteurs on the right to food – Michael Fakhri, Hilal Elver and Olivier de Schutter – also issued a statement. They said the ideas from farmers and food producers that should have been the talking points for a true ‘people’s summit’ – food sovereignty, agroecology, and relocalising farming systems – had ”effectively been shut out”. They believe the table is already set, the seating plan non-negotiable, the menu highly limited, and “the real conversation is actually happening at a different table”.

The less favourable table they have in mind is that of Klaus Schwab, boss of the World Economic Forum (WEF), solicitous host to Bill Gates and the Davos elite of powerful corporations. WEF signed a strategic partnership agreement with the UN secretary general last year, and its goal, according to the International Planning Committee for Food Sovereignty, “is harnessing the opportunities of the technological revolution for the benefit of transnational corporations and global financial capital”.

Strong sentiment, but Shiva is only voicing an increasingly widespread view that WEF aims to use the event to manufacture democratic consent for the Davos food agenda (although WEF says it hasn’t played a central role in the summit’s planning). If WEF’s intention was indeed to have its approach apparently endorsed by civil society groups, it hasn’t worked. On the contrary, this summit looks more like the dinner party from hell.