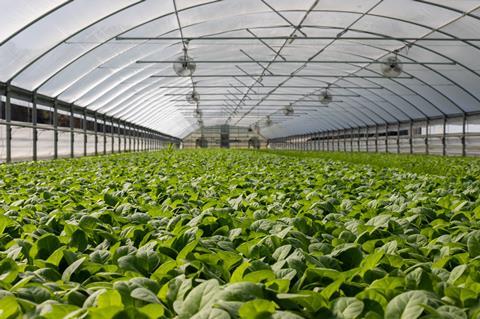 Businesses need to plan if they are to deliver the sustainable, nature-positive and affordable food system that lies at the heart of the government’s vision

You will by now have read enough of what might politely be termed ‘mixed reviews’ of the government’s food strategy, finally published last month. The leaked copy was labelled ‘version 19’, which may give some clue as to what took so long.

One thing most people seem to agree on is that calling it a ‘food strategy’ is pushing the boundaries of what might be deemed misleading in the consumer information legislation that food companies themselves must abide by – despite the use of lower-case letters.

Strategies generally involve setting out an actual plan for getting from one place to another, rather than simply naming a destination and promising to ask along the way if you are heading in roughly the right direction.

There are, of course, some very good reasons for backing away from an overly prescriptive approach for now – not least the prospect of food price inflation reaching 15% this summer as well as the ‘known knowns, known unknowns and unknown unknowns’ of the continuing Ukraine crisis. So travelling hopefully might be preferable to trying to stick to a predetermined route in present circumstances.

The problem is that businesses need to plan. Particularly if they are going to have to invest in training, skills and technology, as well as re-engineering supply chains, product ranges and ways of working to deliver the sustainable, nature-positive and affordable food system that lies at the heart of the government’s vision. Thinking about rebuilding while you are still firefighting is quite a challenge, particularly if you’re not sure where the money is going to come from.

Many UK farmers are currently selling below their cost of production, even though commodity prices are continuing to increase. Processors are finding their own margins squeezed by a range of soaring input costs, but are struggling to pass these on to consumers, who are facing the biggest real-terms fall in living standards for around 40 years.

The government’s injunction to us all at the moment seems to be to ‘stay the course’ through what it hopes is simply a difficult patch. But after over two years of working flat out to keep shelves full – against all odds – many in the industry were looking for more than ambition and flattery. There is such a thing as being taken for granted.