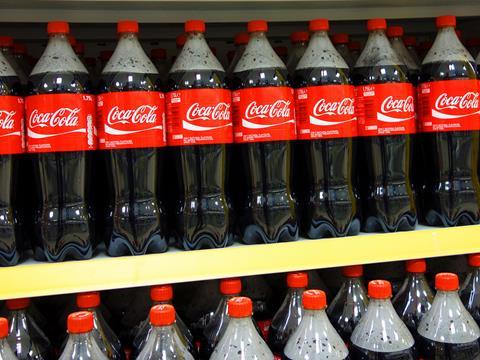 The Coca-Cola Company has unveiled World Without Waste, a global recycling initiative to tackle the environmental hazards of plastic waste.

The soft drinks giant has announced a “massive global ambition” to collect and recycle an item of packaging for each one it sells by 2030.

“For every bottle or can we sell globally, we aim to take one back and recycle it, making sure it has more than one life,” said the company. It would “share best practices and help develop effective recycling methods” across the 200-plus countries in which it had presence, it said. “We want to make recycling easier more accessible for everyone.”

Coca-Cola has also pledged to invest in working towards 100% recyclable packaging and reducing the amount of plastic in its bottles. The company would also produce “better” bottles through either more recycled content, developing plant-based resins, or by reducing the amount of plastic in each pack. By 2030, it aims to have bottles with an average of 50% recycled content.

In the UK, Coca-Cola has invested in “state-of-the-art” recycling facilities, including Lincolnshire’s Clean Tech plant – Europe’s largest plastic recycling facility, according to Coke. The facility is set to expand its capacity and production capabilities in response to Coca-Cola’s desire for all British bottles to be at least 50% recycled plastic by 2020.

The company will work to achieve its goals globally through partnerships with the Ellen MacArthur Foundation, The Ocean Conservancy/Trash Free Seas Alliance and the World Wildlife Fund’s Cascading Materials Vision. It also intends to launch efforts with partners at regional and local levels.

The world had “a packaging problem” said James Quincey, president and CEO of the Coca-Cola Company. “Like all companies, we have a responsibility to help solve it. Through our World Without Waste vision, we are investing in our planet and our packaging to help make this problem a thing of the past.”

Coca-Cola’s plan comes after Danone last week announced its aim to make all Evian bottles from 100% recycled plastic by 2025, which will see the mineral water brand adopt a ‘circular’ approach to plastic usage. In what it claims is a pioneering move, Evian has invested an undisclosed sum to remove plastic waste and the need for virgin plastic from its production.