Food and drink can help itself tackle climate change, but it must act now 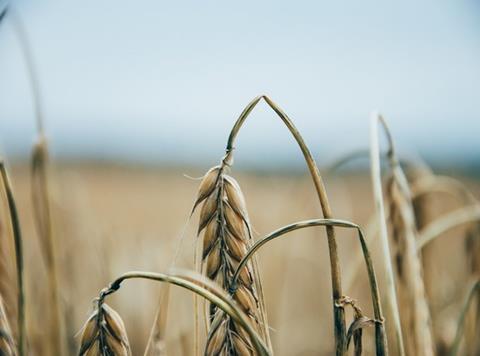 Temperature changes of the magnitude predicted would have grave consequences for UK food security. Just look at the impact this summer’s heatwave had on our farmers and growers

It’s been a decade since the UK government introduced the Climate Change Act – which was the world’s first legally binding legislation to tackle climate change. Today, the Met Office marked that milestone with the UK Climate Projections 2018 study, the first major update to the UK’s national climate change projections since 2009.

Using the latest science from the Met Office and around the world, the study gives the clearest picture yet of how UK temperatures, rainfall and sea levels may change over the next century. And it makes for sobering reading.

Nine of the 10 warmest years have occurred since 2002, while the mean sea level around the UK has risen by about 16cm since the start of the 20th century, the study reveals. And things could get much worse.

Even under its low emissions scenario, the projections show the UK’s average yearly temperature could be up to 2.3°C higher by the end of the century.

Sea levels, meanwhile, could rise by a staggering 1.15 metres by the end of the century, the study warns. ‘Sea levels are projected to rise over the 21st century and beyond under all emission scenarios – meaning we can expect to see an increase in both the frequency and magnitude of extreme water levels around the UK coastline,’ the Met Office said in a statement.

As environment secretary Michael Gove suggested in his speech at London’s Science Museum to launch the study today, changes of this magnitude would have grave consequences for UK food security.

Just look at the impact this summer’s heatwave had on our farmers and growers. With daytime temperatures consistently topping 30°C over a six-week period, “crops wilted in parched fields and farmers had to dig into their winter silage to feed livestock struggling in poor grazing conditions”, in the words of Gove.

Since then, UK fresh vegetable prices have surged, crisps manufacturers have struggled to maintain supplies in the face of a potato shortage and chicken prices have hit record levels.

By 2050, the chance of experiencing another heatwave of this magnitude will be 50%. And high temperatures could be the least of our worries. If sea levels rise as quickly as the Met Office suggests, huge swathes of UK agricultural land in the East of England could end up under water.

Opinion: Eco-initiatives in fmcg are great – but we can’t get ahead of ourselves

But it’s important to remember that as a major contributor of greenhouse gas emissions, the agriculture sector is not just a victim of climate change. It also has an important role to play in tackling emissions and limiting the global temperature rise to 1.5°C, which the Intergovernmental Panel on Climate Change argues is the new “safe” upper limit for global warming.

Indeed, the entire food supply chain – from farmers to manufacturers, retailers and even consumers – should be taking action now to reduce the impact of our food and drink. That could be by investing in new technology, making responsible sourcing decisions or switching to lower-impact foods.

Because there isn’t much time left to turn the tides on climate change. In order to stay within the 1.5°C limit, global net greenhouse gas emissions produced by human activity need to be zero by the middle of the century, the IPPC suggests.

This next decade could be crucial to the future of not only the UK, but the entire planet. So let’s make a difference that counts.