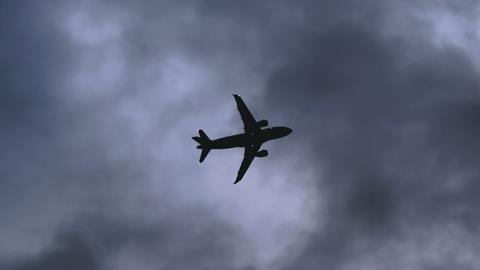 Is carbon offsetting really helping fmcg brands save the planet?

Drink a glass of wine this weekend and you might be helping fund clean cookstoves in South Africa. Enjoy it with some sausage and mash, and you could be contributing towards a geothermal energy investment in Indonesia.

The reason is carbon offsetting. A tool long used by airlines and oil giants, it enables companies to mitigate carbon debts in their own operations by funding environmental projects on the other side of the globe.

Yet the practice is attracting scrutiny from experts, who say it is a distraction from the structural changes organisations need to make. In certain cases, they claim offsetting could even have a negative effect by giving implicit permission to continue high-emitting activities like flying or eating large amounts of meat.

So can carbon offsetting form part of a credible net zero strategy for food and drink businesses? Or is it a ‘get out of jail free’ card that enables companies to carry on with unsustainable business as usual?

Offsetting is simple enough to do. The voluntary carbon market, which governs offsetting, allows companies to purchase carbon credits from verified suppliers. The revenues are used to finance carbon reduction projects like tree planting and renewable energy generation.

It’s becoming an increasingly common practice as the UK strives to become a net zero economy by 2050. Indeed, the Institute for Government says the target would be “not realistic” without the use of offsetting.

Against this backdrop, “we’re seeing a big increase in demand for carbon offsetting from food and beverage companies and the reason for that is there’s a big emphasis on how we are going to achieve net zero,” says Oliver Forster, director of business development at ClimateCare, which helped create the voluntary carbon market and delivers some of the largest offsetting programmes in the world. “Carbon offsetting is one of the tools in the box.”

A tool in the box it may be, but it’s not a solution in itself. “The critical thing about offsetting is it’s definitely not a silver bullet and it must be part of a broader climate strategy,” Forster adds. “For most companies that means measure, reduce, and then offset is the third part.”

The sentiment is echoed by Food Ethics Council executive director Dan Crossley, who stresses that offsetting “is not a substitute for emissions reductions”.

That’s at least something that both proponents and critics of the method can agree on. Before paying for third-party offsets, it is widely accepted that businesses must look to reduce their own direct emissions and those right across their value chain.

BrewDog is one example of how offsetting can work within a wider strategy. The brewer proudly declares it is now “carbon negative”, meaning it takes twice as much carbon out of the air as it emits.

Offsetting has a role to play, but COO David McDowall stresses that reducing its own emissions is a “top priority”. BrewDog estimates it has achieved around a 30% fall in emissions versus 2019 and is targeting a further 40% reduction this year with new initiatives, which include taking power directly from three wind turbines situated near its Scotland brewery and establishing an EV fleet.

How Nestlé is doing it differently 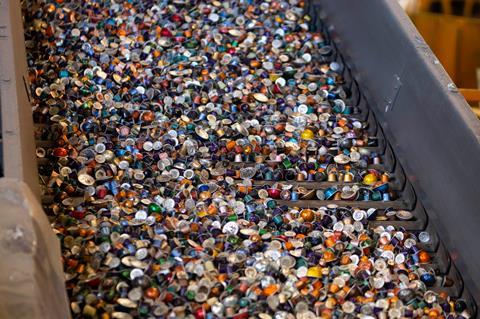 In February, Nestlé published a roadmap that sets out how the global food and beverage giant intends to achieve net zero emissions by 2050. On paper, the timeline looked conservative compared with some of its sector peers, but there was a catch: Nestlé does not allow offsetting to contribute towards its corporate ambition.

“The guiding principles for us were about authenticity and the most important element of our net zero strategy was actively working on absolute emissions reductions. Offsetting does not play a role,” says Emma Keller, head of sustainability at Nestlé UK & Ireland.

Plans to reduce direct emissions include a switch to 100% renewable electricity in all Nestlé sites by 2025; making all packaging recyclable or reusable by the same date; and increasing the proportion of plant-based foods across its portfolio.

To balance the vast majority (around 80%) of emissions that occur within its supply chain, Nestlé is investing billions in what Keller describes as “climate-smart and regenerative agricultural practices” such as agroforestry systems. These could include tree planting, but Keller suggests there is a clear distinction between offsetting, which happens outside of a business’ sphere of influence, and insetting, which takes place within its own value chain and is a form of carbon removal.

Nestlé will, however, allow individual brands to offset their emissions to declare themselves net zero ahead of the 2050 corporate target.

Keller says this allows brands such as Nespresso, which has committed to be carbon neutral by 2022, provide “climate-smart choices people can find on supermarket shelves in the short to medium term”. She adds, however, over time “we believe those offsets will become less necessary as we start being able to deliver on low-carbon, no-carbon or even carbon-positive solutions”.

The concern among critics is that businesses are putting too many eggs in the offsetting basket – especially amid pressure to commit to net zero targets. Shell, for example, has faced a backlash from campaigners for its “drive carbon neutral” campaign, which offers customers the opportunity to offset their fuel purchases by funding the protection and development of forests. The argument is that it essentially gives a free pass on fuel consumption, making businesses and shoppers less likely to take alternative action.

That hasn’t stopped some food businesses following a similar approach. A case in point is meat supplier Cranswick, which announced in November its Milton Keynes cooked meats plant had become its first facility to be awarded carbon neutral status – a target achieved in part by purchasing “high-quality offsets”. A message of permissibility was key here. Commercial director Jim Brisby noted “customers still want to eat meat, so the best thing we can do is allow them to continue and look at how we can reduce the impact”.

This argument doesn’t wash with campaigners like Greenpeace chief scientist Doug Parr, though. “The idea that offsetting a flight or consumption of meat makes it somehow OK is wrong,” he says. “There is no pathway to zero emissions in developed countries that doesn’t go through rapid decarbonisation of our energy and land use systems.”

The issue facing food businesses is that total decarbonisation of their supply chains is near impossible. Food production relies on biological processes that produce greenhouse gases like carbon dioxide, methane and nitrous oxides.

“Aside from radical new technologies and innovations, the only way to eliminate those emissions is to stop doing the activity in the first place, or balance those emissions with commensurate reductions and removals elsewhere,” explains Eli Mitchell-Larson, an advisor to Carbon Direct and researcher at the University of Oxford. So he believes “there is absolutely a role for offsets” in the food and drink sector – “the question then becomes which offsets are we talking about?”

The current way of doing things is unlikely to cut it, in his opinion. Mitchell-Larson was part of a team of academics who last year drew up the Oxford Principles for Net Zero Aligned Carbon Offsetting. The authors said current approaches “are unlikely to deliver the types of offsets needed to achieve global climate goals”.

They stressed that offsets must be additional, meaning the emissions saving would not have happened were it not for the carbon credit being purchased. Offsets should also focus on removing carbon from the atmosphere rather than simply reducing emissions.

Mitchell-Larson notes the majority of credits are still issued for avoiding deforestation or funding renewable energy projects, which are reductions rather than removals. This is especially problematic since “when an offset does nothing it actually does worse than nothing, it does harm, because it ate up real corporate ambition and willingness to pay for climate action”.

Offsets should also deliver long-lived rather than short-lived carbon storage and have a low risk of reversal. This is especially relevant to nature-based offsets such as tree planting and peatland restoration, which promise to sequester millions of tonnes of carbon in the future. Those gains risk being reversed if the forest or landscape is destroyed or degraded years from now.

This brings up the issue of the quality of offsets, which can vary substantially across different companies. Ice cream brand Jude’s found that out in its work to become carbon negative, which included some offsetting. “It’s hard to find really good projects,” MD James Wright told The Grocer conference on sustainabilty this week.

Crossley argues you get what you pay for. The price of carbon credits mostly falls within a £3-£5 per tonne range at the lower end of the quality spectrum and around £25 at the higher end. “If an offset is cheap, it’s cheap for a reason,” he added at the conference.

So it can be worth paying more. Companies such as ClimateCare, which promises the “highest standards” in its offsets, are confident their projects will make a genuine difference. Although Forster accepts the risk of long-term reversal is “a challenge we face”, he says there are various ways risk is accounted for.

“What we’re always looking for with nature-based projects is the strength of the counterparty we’re working with on the ground and resilient projects that have multi-stakeholder engagement,” he explains. Suppliers also have to assess permanence risk and put carbon credits into a buffer pool to protect for risk of reversal.

To further ensure quality, some companies only pay on a results basis. “The onus is on the projects to prove they have delivered carbon reductions and for this to be independently verified before we pay,” says Caroline Thompson-Hill, MD for Europe at Accolade Wines.

Still, there’s no denying that popular nature-based solutions like tree planting are unlikely to deliver net zero alone. For a start, there is only so much land available to plant trees. And if that land could otherwise have been used for food production it raises complex questions around food security.

Over time, experts believe offsets will need to shift towards projects that capture carbon directly from the air and store it permanently underground. The challenge is such technologies are at a nascent stage and therefore hugely expensive – sometimes costing upwards of £500 for each carbon credit, according to Mitchell-Larson.

Some, like Greenpeace’s Parr, are sceptical such technologies will ever be viable at a large scale. “It’s not possible to rule it out but we certainly shouldn’t be depending on it. The brutal truth is there isn’t a way of buying your way out of this.”

Mitchell-Larson, meanwhile, is challenging food and drink businesses to look more closely at ways to balance their own biological emissions. “If you are a company like BrewDog and have high-purity CO2 literally bubbling out of your fermentation process, why not capture that CO2 and find some use for it?” he suggests.

It’s an example that could soon become a reality. As part of its strategy, BrewDog is looking to invest in CO2 recovery projects with the aim of being able to capture all the gas emitted in the fermentation process, which will be used downstream to carbonate its beers.

In the meantime, offsetting will continue to play a role. BrewDog recently purchased 2,050 acres of land in the Scottish Highlands, on which it plans to plant over a million trees. But will that, along with other offsetting initiatives, fulfil the promise of keeping future greenhouse gas emissions in check? By the time we find out the answer, it might be too late.

Watch our webinar, The Path to Net Zero from The Grocer Conference here.