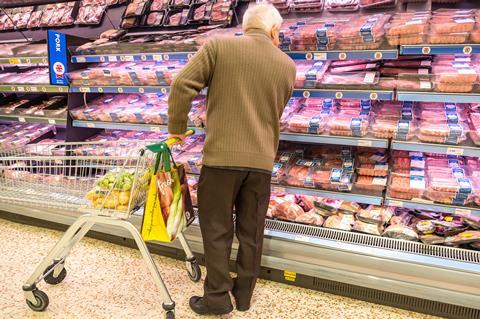 It’s not just about meat, milk and palm oil. Very few of us know the true impact of our weekly shop on the planet

How many times per week are we exposed to the same diatribe about consuming milk, meat and palm oil?

All are bad for our planet and all its inhabitants, at least so we are told. In terms of meat and milk, it is important to flag up that these are extremely important sources of many nutrients and micronutrients. Deficiencies of some of these micronutrients are quite common in many areas of the world and can have severe adverse health consequences.

Meanwhile, claims that cattle are as much responsible for climate change as cars and aircraft burning fossil fuels are simply not true. Having said that, farm animals are net contributors to carbon emissions and, depending on the farming system, they can be significant causes for concern in terms of protecting our environment. This needs to be tackled as a matter of urgency.

In the case of palm oil, there is no doubt that the insatiable demand for this commodity has led to huge amounts of deforestation, which in turn has a massive detrimental impact on our environment. But a couple of rather important points tend to go unmentioned with regards to palm oil.

The first is the fact that many millions of families in the developing world have been taken out of abject poverty by farming this commodity. The second and even less well understood question is this: what will the environmental footprint of the replacements for palm oil be? To me, the companies shouting out loudest about going palm oil-free either don’t know the importance of these points or simply don’t really care as long as they sell more.

Of course, the debate about having a sustainable and ethical food supply system is not just about meat, milk and oil. It’s actually about everything we consume. Let’s face it, very few of us really know the true impact of our weekly shop in terms of our planet.

For a growing number in the UK, the biggest issue is having food on their plates, as the growing trend of food bank survival for many families shows. It’s hard to convince these citizens to think about carbon neutrality.

Despite this huge societal issue, we need strong leadership in terms of producing a food system that will be truly sustainable and deliver the food needed for a healthy lifestyle. Such a system needs to be scientifically produced and measured, and thoroughly audited so the kings and queens of soundbites can be silenced, and citizens can make food purchasing decisions based on facts.

I once attended a lecture where the main speaker (who will remain unnamed) controversially claimed that the feeding of the world’s growing population needs a good business plan. I couldn’t agree more.

There’s huge economic potential in a system where the quantity of inputs, the amount of environmental damage or indeed environmental benefits can be measured in a standardised and audited way then sold to citizens in an easy to understand manner. Just imagine the positive impact of a simple-to-follow and trustworthy front-of-pack traffic light system that scores carbon dioxide emissions, water usage, impact on soil health and biodiversity.

As we all become more and more aware of our societal responsibilities in terms of having a sustainable food system, I believe many citizens would not only buy into this concept, but would buy the products with the greatest number of green credentials.

And what a driver for changes in farming practices market-led demand for planet-friendly food would bring! Could such a system do what Uber did to booking a taxi – namely disrupt and transform? Our food system needs disruption and the world’s clock is ticking fast.