Our oceans need protection. Retailers must step up and support sustainable aquaculture 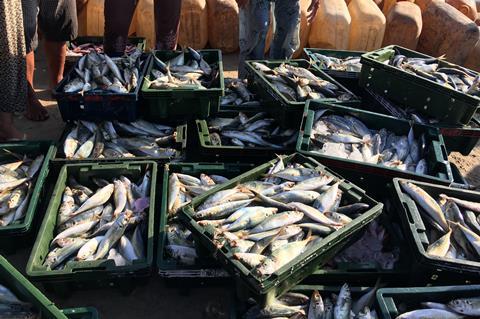 Amid the hundreds of corporate commitments that poured out of COP26, one stood out. Recognising the role of retailers in the race to protect the future of our planet, the CEOs of Sainsbury’s, M&S, Waitrose, Co-op and Tesco committed to halving the environmental impact of a weekly food shop and – crucially – to halting the loss of nature by 2030.

Underpinning this commitment were some stark statistics: the global food sector is responsible for 30% of total climate emissions and 60% of nature loss. Through their extensive supply chains, retailers have the potential to drive much-needed change. Their enormous financial clout (European retailers alone had a turnover of €3.5 trillion in 2018) makes them some of the most powerful voices and negotiators, able to set stringent standards for environmentally and socially responsible food production.

Nowhere is this need for stringent standards more urgently required than in the protection of our oceans. As we outline in our new report Floundering Around, despite years of warnings, UK retailers (and their European counterparts) are still turning a blind eye to the devastating impact that aquaculture supply chains are having on the marine environment.

Believed by many to be a sustainable and low-carbon source of protein and a solution to diminishing wild fish populations, our report reveals that the reality is quite different. The global aquaculture industry’s reliance on wild-caught fish for fishmeal and fish oil (FMFO), which is used to feed farmed fish, continues to have a devastating impact on marine biodiversity.

The facts, when you look at them, speak for themselves. Forty years ago, the aquaculture industry produced 5% of fish consumed globally. Today that figure has risen to over 50% – around 100 million tonnes a year – with the figure projected to rise to 65% by 2030.

Meanwhile, 94% of global fish stocks are either overfished or fished to maximum sustainable levels (also known as ‘fully exploited’). Alone, the sector absorbs around 14% of global marine catch in the form of FMFO used in feed. Over the coming years, this voracious industry is set to grow further – at the expense of wild fish populations – and at the expense of critical food sources of communities in the global south.

Our report with Greenpeace Africa uncovered that half a million tonnes of wild-caught fish are taken out of the oceans around West Africa to feed farmed animals in Europe and Asia. The fish, which is from two species that are already considered over-exploited by the FAO, could instead provide essential protein to over 33 million people in the region each year – more than the combined populations of the Gambia, Mauritania and Senegal.

Nearly 80% of Europeans purchase their fish at a supermarket, grocery store or hypermarket. On this basis, retailers are a key link in the supply chain – and yet our report found that no UK or European retailer has a clear target to phase out the hugely damaging practice of using wild-caught fish in feed.

This has to change. Fast. Suppliers must commit to a clear date for transitioning away from FMFO. Consumers should not be unwitting contributors to the destruction of ocean ecosystems and food security.

In the wake of COP26, there is a clear call for environmental commitments to be strengthened. The retail sector must play a leading role to ensure that the aquaculture sector delivers on its promise and become a truly ‘sustainable’ source of food. Time is running out, however. Our oceans can’t wait much longer.