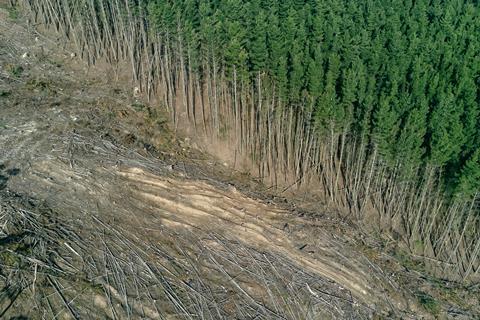 Like most modern companies, Tesco wants to be seen as environmentally conscious, a good citizen working to make the planet a better place.

But Ken Murphy’s recent article in The Grocer made no mention of the elephant in the room, nor in fact the cows, pigs or chickens.

Talking about and dealing with the question of meat and its contribution to climate change is critical. Here’s the problem. Eighty per cent of deforestation globally is caused by agricultural expansion. That makes it sound like the problem is food.

But the problem isn’t food production per se, as the main driver of deforestation is the expansion of the industrial meat system. It does this firstly through the clearing of forest to create grazing for beef cattle and secondly to create space to grow crops to feed to chickens, pigs and cows on industrial farms.

If we are to feed a growing population, end biodiversity loss and start to bring agriculture’s contribution to greenhouse gas emissions in line with climate targets, the scientific consensus is that we need to reduce global meat consumption by about 50% by 2050. This means much sharper reductions in high-consumption countries like the UK.

If Tesco is genuinely serious about tackling climate change, it needs to ensure its suppliers have deforestation-free supply chains across their entire operations, as well as reducing meat sales overall. Selling industrial meat at the rate Tesco does is simply not sustainable.

Obviously this isn’t all about Tesco. The problem is systemic, with other supermarkets, fast food chains and the government all needing to step up. But, as the UK’s largest supermarket, Tesco has a leading role to play in shaping the rest of the market and consumer habits. For its CEO to not even mention meat or deforestation in an article about climate change is a titanic omission. If we don’t deal with this problem we will be sunk. Without honesty, change is impossible.

This is not about Ken Murphy promoting veganism or being anti-meat. It’s about Tesco having an honest conversation with its customers and the sector about the kind of food we can eat while still living within planetary boundaries. If Tesco ended its relationship with industrial meat producers and started to situate meat reduction within support for agro-ecological farming, this change could be the beginning of a shift towards a healthier, fairer, higher-quality and more resilient food system.

Ken says he’s “acutely aware and personally passionate about the food industry’s responsibility to make lasting change”. Until he acts like it, his words just sound like the empty reassurance of a captain who knows an iceberg is coming but is unwilling to change course.