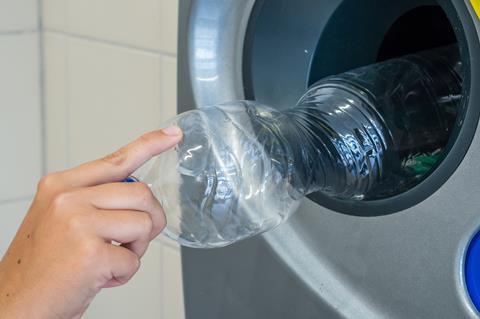 Applying the VAT could lead to increased prices for consumers and significant cashflow impacts for businesses, the letter said

Deposit return schemes (DRS) risk being “killed at birth” by Chancellor Rishi Sunak, as retailers and suppliers face a “double whammy” of VAT on top of the new deposits, industry bosses have warned.

A week after the government launched a consultation into the rollout of the deposit return scheme in England, senior industry sources said unless the Treasury granted VAT exemptions for tens of thousands of SKUs in its scope, it could costs companies tens of millions.

It also warned slapping VAT on top of the 20p deposits planned in Scotland (the figure is yet to be revealed in England) risked leading to higher prices for cash-strapped consumers.

The Grocer has obtained a letter sent by leading trade bodies to Defra urging it to intervene, although sources said the Treasury had so far refused to budge.

“We are already working hard to prepare for the deposit return scheme in Scotland, set to commence from July 2022,” says the letter to environment secretary George Eustice, backed by organisations including the FDF, BRC, BSDA, the BBPA and the Scotch Whisky Association .

“We seek your support in confirming that the refundable deposits placed on in-scope drinks containers in the Scottish DRS (and in subsequent DRS systems introduced later across the rest of the UK) should not, and will not, attract VAT,” it adds.

“Applying VAT on DRS deposits would be unprecedented, run counter to existing VAT guidance on refundable deposits, and could lead to increased prices for consumers as well as significant cashflow impacts for retailers, wholesalers and producers.”

The letter also calls on the government to guarantee that companies in the scope of DRS will be exempted from their obligations under the Packaging Waste Recovery Note (PRN) system after the scheme goes live, as well as excluded from future payments under extended producer responsibilities (EPR).

The letter has emerged a week after the government consultation confirmed a DRS in England would not launch until 2024 at the earliest. Although the timetable in Scotland is also facing a possible delay, companies have warned they could face huge extra costs from next summer if they are effectively “double billed”.

One leading supplier told The Grocer: “If it is not careful, the treasury is going to kill DRS stone-dead at birth.

“There is a massive problem brewing and that’s why leading trade associations have written to the government urging them to take action on VAT. It’s vital this is sorted, or it poses a huge threat to the viability of DRS not just in Scotland but south of the border too.”

The development comes despite the appointment last week of a scheme administrator for the launch of DRS in Scotland, made up of a raft of leading drinks companies and supermarkets, which they hope will be used as a model for running DRS across the rest of Great Britain.

Writing in The Grocer this week, BSDA president Dr Marnie Millard said it was vital there was a “consistent DRS policy” across borders.