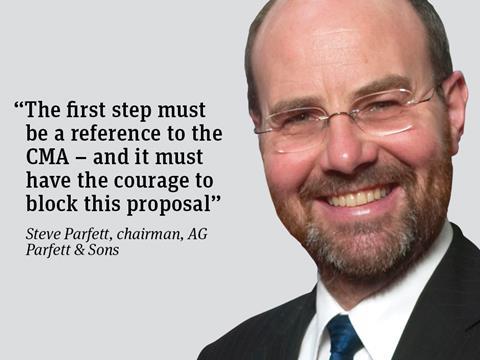 I am writing only hours after the announcement of the Booker-Tesco merger. The news is going to leave an awful lot of people in the independent retail, suppler, multiple retail and wholesale communities discussing the implications of the news, which in industry terms is almost on a par with Brexit or Trump.

Fundamental to the discussion must be the question of a Competition & Markets Authority (CMA) referral. Dave Lewis has confidently asserted that he does not expect a referral, and Tesco certainly has form in avoiding such references and will be active in using influence to ensure it does. However, while it previously asserted that the supermarket and convenience markets must be regarded as separate and distinct, during the One Stop acquisition, its new ally Charles Wilson has in the past rightly asserted that the food retail market is one entity.

I have spent the last 20 years predicting that one day a major retailer would acquire a major wholesaler, as has happened in many other markets. However, like everyone else I had absolutely no inkling this was in the offing. Any comparison with the fiasco of the Big Food Group is nonsensical - that was a deal made in desperation, whereas this is potentially a game changer.

For wholesalers the essence of the questions to be asked is obvious but crucial. Previous Competition Commission reports have proved a minimum of a 13% price advantage available to the big four over wholesalers in the grocery market because of abuse of power by the retailers. Put simply, the threat of delisting from any of the big four, but particularly Tesco, is a main board crisis for a supplier, while a similar threat from a wholesaler (even Booker) is a little local difficulty.

If the merger were allowed to go ahead, Booker’s access to these prices would fundamentally change its business model. Already one of the most profitable wholesalers, it could both treble its profits and decrease prices by anything up to 10%. Such a market shock is both unsustainable and inequitable. It will also be giving suppliers nightmares for weeks to come as they realise the implications for the long term of serving different customers with the same quantities of the same goods in the most efficient delivery quantities at completely different prices.

There are many other aspects of this proposal worthy of debate and some will offer opportunities for competitive advantage and debate in the short term. However the first step must be a reference to the CMA and, in the context of this government’s assertion that it has an industrial policy, this body must have the courage to block this proposal.