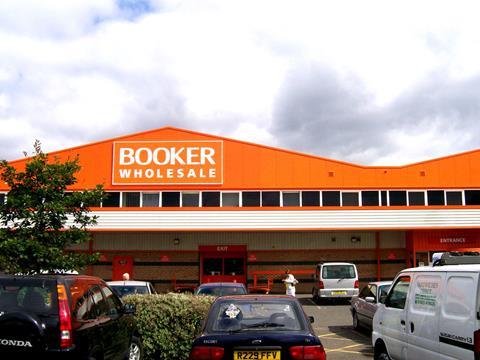 Some retail customers complained they had not seen any benefits, ten months after the merger completed

Booker has promised to deliver the benefits of working in partnership with Tesco to its independent retail customers “in the coming months” after complaints that improvements have been too slow and too few.

Ten months after the £4bn merger completed, a number of Booker-supplied retailers have spoken to The Grocer of their frustration that the promised benefits have largely yet to materialise.

Angela Chilvers, co-owner of Londis Hemingborough, in York, said she had not seen any benefit. “No better, no worse, no special deals. I’m surprised. I thought there might be something. It would be good if we could get a few of the offers Tesco has in their stores,” she said.

Paul Gardner, who owns Budgens of Islington, complained the changes seemed to be slow in coming. “I haven’t seen anything very much in terms of pricing, margin, quality of products or ranging.”

But Gardner added change had been promised soon. “I’ve been to a meeting with the Booker senior management team late last year and they assured us changes are coming, improvements are being made to the ranging and quality - in particular to things like produce, which should be by the beginning of next year much more in line with Tesco.”

In depth: How the Tesco fraud case improved supplier relations

He said he had seen the benefit of big carry cases of Coca-Cola, for example, but also delistings such as Stella Artois 4% lager and some of the Euro Shopper lines.

Kirkwood also bemoaned a reduction in price-marked packs with Euro Shopper price-marked sugar, for example, substituted with Whitworths non-priced-marked product. “The day they stop supplying non-price-marked is the day I start to struggle, I think. That’s my worry at the moment.”

Michael Baker, managing director of CT Baker, which owns CT Baker Budgens and Baker & Larners Foodhall in Holt, Norfolk, and a Budgens in in Aylsham Norwich, said he wanted to see the buying departments of Booker, Tesco and Budgens combine. “There are things coming through but I’m not sure if it’s visible to a lot of people because there’s not enough of them,” added another Premier retailer.

A Booker spokeswoman said: “We are working hard in partnership with Tesco to improve choice, price and service for our customers and are looking forward to delivering these benefits in the coming months.”

Tesco said in its third-quarter and Christmas trading statement that it had made good progress in its “Joining Forces” programme, with Booker lines now available in 70 Tesco Stores. “We opened a new Booker distribution centre in Hemel Hempstead in December, which is now serving the vast majority of our One Stop stores with fresh and frozen products.”

The statement on Thursday made no mention, however, about whether Booker’s independents had seen any contra-benefits.