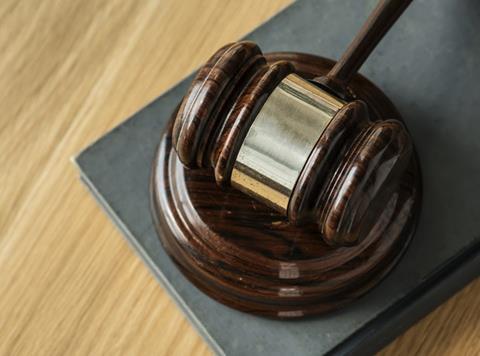 Adopted from America, DPAs are a type of ‘plea bargain’ by which a deal is struck between the SFO and a company

Last week The Grocer published an article based on a document made public by the Serious Fraud Office shortly after former Tesco UK finance director Carl Rogberg was acquitted on charges of fraud.

The article (and indeed the document on which it was based) made for striking reading.

It spelt out claims that Rogberg, together with fellow former Tesco executives Chris Bush and John Scouler, were culpable for the accounting failure which saw £1.5bn wiped off Tesco’s share price.

These allegations formed the basis on which a Deferred Prosecution Agreement (DPA) was made between Tesco and the SFO. It was the conclusion of the criminal case against these men - who had been charged with fraud and false accounting - which led to the publication of the DPA.

As a specialist white collar crime solicitor, I acted for Chris Bush in the criminal proceedings. This experience has led me to develop two serious concerns as to the fairness of DPAs and their impact on justice for individuals.

Adopted from the US, DPAs are a type of ‘plea bargain’ arrangement by which a deal is struck between the SFO and a company. In return for an admission of liability, payment of a fine and various other conditions, the company avoids criminal prosecution.

Read more: Cleared Tesco executives ‘were fed to the wolves’

DPAs came into force in the UK in 2014 when they were hailed as a means by which the SFO could achieve some measure of justice against corporates, while avoiding the expense, delay and uncertainty of a fraud prosecution.

The SFO have so far agreed four DPAs, of which Tesco’s is the first to be followed by a criminal trial of those blamed for the wrongdoing.

My first concern relates to the fundamental unfairness of individuals seeing their names besmirched in a document published after their acquittal setting out the basis of the DPA, which is so clearly contrary to the outcome of the criminal proceedings.

My client (together with his co-accused John Scouler) was acquitted in December last year when the trial judge, having heard all the prosecution evidence, agreed with our submission that the SFO’s case was too weak to put to a jury.

It was as a consequence of that decision that the SFO offered no evidence against Carl Rogberg last week.

The legislation requires the statement of facts on which the DPA is based to be made public, and it was Rogberg’s acquittal that triggered publication of the agreement between the SFO and Tesco. However, the three Tesco directors were powerless to prevent their good reputations being unfairly damaged in this document, even though the case against them was dismissed.

I consider the process needs to be changed to strengthen individuals’ rights. At the very least those acquitted should be afforded an opportunity to apply for their names to be removed from a DPA that is so clearly contrary to the outcome of the criminal trial.

My second concern relates to the risks for individuals when the SFO and the corporate put their heads together and reach an agreement blaming an individual, when it transpires such allegations are not supported by the underlying evidence.

This problem stems from the fact that a DPA is a very attractive result for the SFO. If securing a DPA depends upon blaming a particular individual there may be little incentive for the SFO to investigate with proper rigour whether the evidence really does support this outcome. In the Tesco case, the judge’s ruling made it clear the SFO simply did not have the evidence to support the narrative on which the DPA is based.

Of course I am pleased that Bush, Scouler and Rogberg were properly found not guilty. But I remain seriously concerned that what happened to them could happen to other senior individuals at companies under investigation by the SFO.