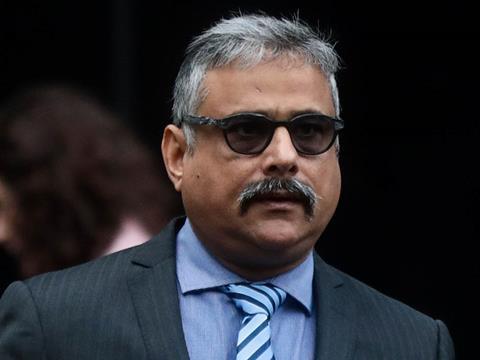 A whistleblower at the heart of the Tesco accounting scandal has claimed senior managers were so desperate to “cover the gap” in budget targets they ignored staff fears over going to jail.

Amit Soni, who joined the UK arm of the supermarket giant as a senior accountant in June 2013, told Southwark Crown Court that members of senior management were so worried about increasing pressure from rival chains they refused to accept it was impossible to recover shortfalls in the budget.

Soni said that, at the time he joined the company, repeated poor performance against targets had created substantial pressure for workers.

“It came from constant reviews, innumerable conversations on how Tesco had to do better - the performance versus the budget every month,” he said.

“And as the gap widened there was a sense that there was a lot of hard work that was going on internally but it was not showing anywhere in the results.”

Carl Rogberg, 50, Chris Bush, 51, and John Scouler, 49, are accused of failing to correct inaccurately recorded income figures, which were published to auditors, other employees and the wider market.

Jurors heard that during June 2014 meetings with commercial directors, in which they discussed missing the budget by tens of millions of pounds, Bush repeatedly told them to “get back to zero”.

Referring to one meeting, Soni said: “They were obviously saying there is going to be a £72m gap or projected gap to budget and that they were working hard to close the gap, but they didn’t think the gap could be closed, which is why £72m was the estimate at that stage.

“What the commercial directors were saying in that meeting was that after considering all the options possible that there was going to be a projected gap of £72m.

“But Chris (Bush), as in previous meetings, in that meeting said everybody had to work towards getting the gap to budget back to zero.”

Sasha Wass QC, prosecuting, asked Soni about a series of meetings Bush had with the four commercial directors in August, referring to a 17 June document that showed a mis-statement of £240m.

One of these meetings was with George Wright, one of Tesco’s commercial directors. Asked what Wright’s morale was like, Soni replied: “The morale was quite low and they were quite tense - all four of them.

“George Wright was quite concerned before and after the meeting. He was quite tense.”

Soni explained Wright was worried that conversations with suppliers had gone on too long in a way that income was being pulled forward and accruals being booked.

Soni also told the court that the figure of £240m was mentioned in the meetings and that Bush took the view that it was legacy now and would be addressed with the new chief executive.