Tesco accused of 'shying away' from British lamb support 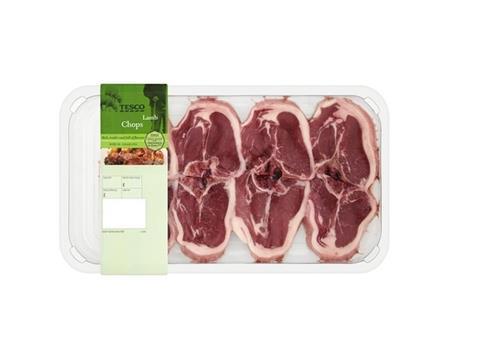 Tesco has hit back at criticism over its lamb sourcing policy by the NFU, and claimed the amount of British lamb it sells has actually increased during the past year.

NFU livestock board chairman Charles Sercombe this week accused the supermarket of not supporting the British lamb sector and “shying away” from making a clear sourcing commitment to the sector.

The recent revelation that British lamb facings had fallen by 15% in Tesco year on year [AHDB Beef & Lamb watch, June 2017], meant the retailer was “sticking out like a sore thumb” with its lamb sourcing policy, Sercombe said.

Little had changed since Tesco was criticised for not showing any “meaningful aspiration” to support British lamb in peak season back in February 2014, he added. Just 50% of Tesco’s lamb facings were British in June 2017, according to AHDB data, down from 67% in January.

“With Brexit looming, British lamb producers now more than ever need retailers to be clear on their sourcing commitments,” said Sercombe.

“Ambiguous sourcing only reduces farmer confidence to invest. UK production is at its peak and is highly competitive, leaving British farmers bewildered as to why British facings are going down and not up at Tesco.”

However, the retailer defended its sourcing policy, saying it was a “proud supporter” of the British lamb industry.