Tesco finance crisis: You’re only as good as your accounting

Tesco’s shock profit warning has put accounting practices firmly in the spotlight. Professor Lisa Jack, a former auditor and now a forensic accounting expert at the University of Portsmouth, explains the key lessons – and why she thinks having an accounting  system that’s fit for purpose should be just as important to retailers like Tesco as being competitive on price.

Tesco’s revelation this week that it had overstated its half-year profit by some £250m has opened up an interesting window into its accounting practices and the pressures on the big retailers from investors.

Of course, it’s impossible to say – without seeing the actual management accounts – precisely what the problem was in Tesco’s case. There will be plenty of speculation, especially in light of Tesco’s recent trading performance, but it’s worth bearing in mind that a conspiracy would actually be quite difficult to organise. My gut feeling, as an ex-auditor, is that the issue could be the complexity of the Tesco accounting system rather than deliberate wrongdoing. 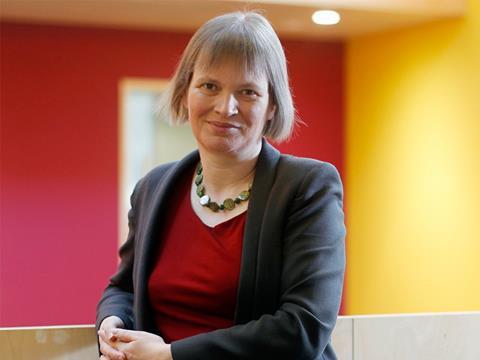 One key insight from this week’s revelations is how much of Tesco’s income is commercial income rather than mark-up on goods sold. Under this model, the retailer acts as a broker offering shelf space and the service of promoting its suppliers’ sales. Buyers are incentivised to increase the commercial income and reduce the price of the actual goods sold. Profit is therefore the result of a gamble (or skilful management), where cheap prices and customer service will deliver the necessary volume of sales to trigger the additional payment from suppliers.

It’s easy to see how errors could be introduced into such a system if you are a retailer dealing with 1,000s of SKUs and scores of different suppliers. Crucially, a rebate system relies on the retailer receiving accurate internal information from people – eg buyers – who may be incentivised through bonus systems to be overly optimistic in what they are promising to deliver. Then there’s what’s known as a cut-off problem: when does an obligation to be paid by a supplier turn into actual, recognisable revenue?

Tesco isn’t alone in facing such challenges, but it’s noteworthy that the discounters and premium retailers like M&S and Waitrose – ie the two extremes in grocery retail that Tesco is increasingly being squeezed by – have much less complex systems. Aldi has stated publicly that it doesn’t operate using rebates, and M&S and Waitrose don’t have to worry about rebates as much because they are driven much more by own label.

From my experience, accounting systems tend to be quite a good indication of how aligned the overall business is. In the long term, competing effectively with the discounters for a retailer like Tesco could be as much about having less complex and more streamlined accounting as it is about price wars.