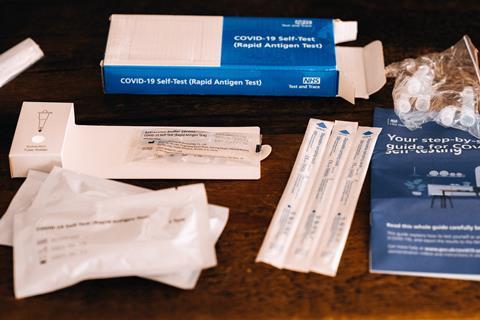 Tesco is struggling to provide a comprehensive Covid testing programme for its staff because of the scale of its workforce, CEO Ken Murphy has admitted.

The Grocer revealed in February that the supermarket giant had begun trials of lateral flow tests at some of its distribution centres and has been in talks about a possible home testing regime with the government.

However, in a further blow to the prospect of a nationwide industry testing regime, with Defra having already facing a slower-than-hoped-fot rollout across the industry because of lack of take-up, Murphy suggested many Tesco staff may end up relying on council testing facilities instead.

“We are trialling some rapid flow testing at the moment in our DCs, but it is a challenge for us, given the frequency of when our colleagues come in, to maintain a comprehensive testing programmes,” said Murphy.

“We do have some colleagues that are choosing to test locally and of course a substantial number of our colleagues have now been vaccinated.”

Tesco chief people officer Natasha Adams has written to staff, encouraging them to take up the offer of free testing by local authorities.

“We are continuing to work closely with the government and local authorities on how we can make tests easily available to colleagues, particularly in the instance of any local outbreaks of Covid-19,” she told staff in an email.

Defra’s funding for free testing for food and drink companies is due to expire in June. An expected wider rollout among retailers has yet to emerge, despite earlier hopes that testing could be provided by companies across the food retail supply chain.

In February, Tesco had begun twice-a-week testing for more than 3,000 pharmacy staff and at DCs in Dagenham and Southampton, which are used for third party drivers crossing the Channel.

At the time a spokeswoman said: “We support the government’s rollout of regular testing for frontline workers and are exploring some of the practical ways Tesco might be able to help.

“We are looking at all options to ensure we continue to protect the safety and wellbeing of our colleagues and customers.”

News of problems with the rollout came after it emerged Tesco had incurred exceptional costs of almost £900m because of the Covid crisis, including in-store safety measures and the provision of PPE for staff.

Industry sources have previously expressed concerns that even for large companies the costs of maintaining a regular testing programme could be prohibitive, as well as the practicalities of monitoring tests for, in the case of Tesco, hundreds of thousands of staff.