The alcohol industry should prepare for a bumpy election ride 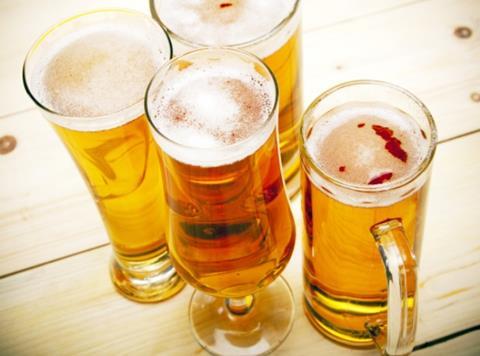 Just when health policy on food and drink was drifting away from the major General Election issues, this week’s events have re-ignited the debate.

The headline row is a concerted effort to sink the government’s floundering Responsibility Deal (RD).

Perhaps the most crippling setback yet for the under-fire voluntary agreement came today, as researchers employed by the Department of Health (DH) to carry out an independent evaluation of the RD produced two damning reports on its chances of success, slamming its record to date.

The reports by the Policy Innovation Research Unit (PIRU) at The London School of Hygiene & Tropical Medicine - both focusing on alcohol - concluded that the voluntary agreement with suppliers and retailers would fail to reduce consumption.

It also urged ministers to take measures to make alcohol more expensive and devise a system based around statutory targets, complete with heavy fines for those who miss them.

There are even two reports from the evaluation still to come, and these may well savage the food network side of the RD, including pledges on calories, fat and salt reduction. It would be interesting to find out what’s happened to the person in the DH who awarded this particular research contract.

The DH and involved industry sources are privately fuming.

One DH source accused researchers of setting out to “torpedo” the RD with a politically motivated campaign, timed perfectly for the election run-in. “This seems to have been calculated to cause as much damage as possible to the Deal in the run up to the General Election,” they said.

Just this week health minister Jane Ellison met with food and drink companies to discuss the achievements of the RD. At this meeting she heaped praise on pledges such as the billion unit reduction in alcohol on the shelves, work on salt reduction and the launch of front of pack labelling.

But Ellison was nowhere to be seen yesterday. Company patience with the demands of the RD and its lack of a level playing field was already wearing thin, and will hardly have been reinvigorated by the DH’s limp reaction.

“The question is going to be asked, what on earth was the government thinking in employing people it knew were steadfastly opposed to elements of the voluntary relationship to carry out this work?”, said one source.

It would be foolish, though, to see the attack by the London School of Hygiene and Tropical Medicine as an isolated one. It is in fact part of a much bigger campaign among health researchers, united by a common suspicion that the government has sold out to industry with the RD, and needs to be tougher on public health policy.

Booze is back in the firing line.

Just this week a report published in the BMJ led by Dr John Holmes, senior research fellow in the Sheffield Alcohol Research Group and a leading campaigner in favour of minimum pricing, accused the government of using dodgy figures to back up its claims that the industry had smashed its billion unit reduction pledge under the RD.

That was just the latest in a series of attacks by the body, which has made no secret of its anger over the government’s decision to abandon minimum pricing, and which many believe has a strongly politically motivated agenda.

The London School of Hygiene and Tropical Medicine doesn’t actually mention minimum unit pricing specifically in its reports, but it certainly mentions price.

Useful tools include “effective interventions, notably those which change the market environment to make alcohol less available and more expensive,” say the researchers.

And no doubt when sugar comes back in the firing line too, it will be the call for taxation and regulatory intervention which will be at the forefront of the health lobby campaign, with powerful groups like Action on Sugar and The Academy of Medical Royal Colleges also likely to be prominent in the election build up.

So for those involved in fizzy drinks, alcohol, confectionery or any of the other sectors in the firing line, it’s best to be prepared for a major battle.

Seasoned political watchers will be looking on in particular fascination to see if the debate continues to be led by health researchers and lobbyists, or whether the Labour party senses blood. If they’re going to, the time is now.