The Climate Group reaches 100 members as Carlsberg signs up 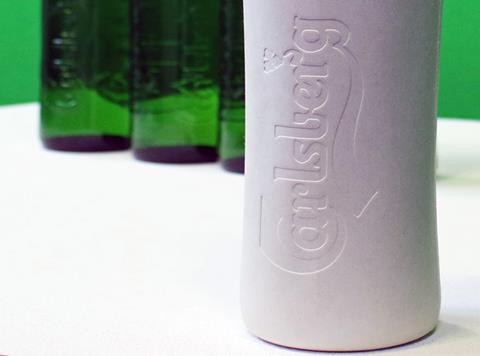 Carlsberg Group’s recent pledge to become carbon neutral has helped The Climate Group’s RE100 initiative reach its 100-member milestone three years ahead of its target.

Carlsberg announced last month that it was switching to 100% renewable electricity at its breweries by 2022, as a step towards its target to become carbon neutral by 2030.

It has now become a RE100 member, along with other new joiners Axa, Burberry and AkzoNobel.

RE100 members together will create demand for 146 terawatt hours of renewable electricity annually - about as much as it takes to power Poland.

Carlsberg Group chief executive Cees ’t Hart said: “Business leadership is key to addressing climate change, so we must all step up and take bold collective action. Through RE100, we are joining forces with other like-minded companies, which are also leading the change towards a low-carbon future. Switching to 100% renewable electricity offers a holistic business case with financial, social and environmental benefits. Hopefully together, we can inspire others to step up and do the same.”

Helen Clarkson, CEO of The Climate Group, said: “We are really pleased at the success of our campaign [which launched in 2014]; by championing the compelling case for business action, we have reached 100 members three years earlier than expected. Changes in the market such as the falling cost of renewables have also worked in our favour.

“We are increasingly seeing large multinationals such as Google, Ikea and Dalmia Cement demonstrating real leadership on renewables because it makes business sense - as well as helping to lower emissions, providing stable energy costs and increasing competitiveness.

“We are now calling on companies to go one step further, and inspire their suppliers and peers to follow their lead so that together, we can speed the transition from fossil fuels to renewables to keep warming well under two degrees celsius.”