Co-op hails overwhelming response to Have Your Say survey 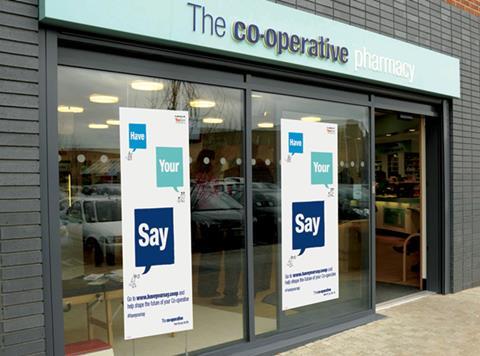 The Co-operative Group has claimed it has received an “overwhelming” response to its ‘Have Your Say’ survey launched last week.

The survey was launched last Monday and asks Co-op staff, members and shoppers to give their views on how it should operate in the future.

The society said more than 80,000 people had already taken the 20-minute online survey. YouGov, which is conducting the survey, said it had never seen such a strong response over such a short period.

“The response so far has been overwhelming and has far exceeded our expectations. In particular, we have seen a phenomenal response from members up and down the country,” said Co-op group CEO Euan Sutherland.

“It is testament to the part that The Co-operative can and should play in local communities that people have taken time out of their busy lives to respond. This is an unprecedented exercise for an organisation of our size and scale, but it is clear that people want to have their say and help shape the new Co-operative for the next generation,” he added.

Peter Kellner, president of YouGov, said: “I don’t think there can be any doubt from this response that The Co-operative matters to people and the public do want to have their say. There’s clearly a depth of feeling here. We’re only a week into the survey and I’ve never seen such strong numbers over such a short period.”

The Co-op Group will reveal the findings of the survey at its agm in May.