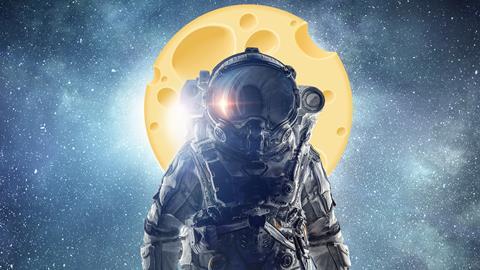 Cheese alternatives are the fastest growing part of the dairy-free market. Can it catch up with milk?

Take a peek inside a British fridge and there’s a good chance of finding a carton of milk that has never met a cow. According to Mintel, almost a quarter (23%) of Brits use plant-based milk alternatives, with that figure rising to a third of 16 to 24-year-olds. But while alt-milk has gone mainstream, it’s a different story in the cheese compartment.

Dairy-free cheese alternatives trail way behind their liquid counterparts, as Simon Orchard, UK & Ireland country manager at vegan ‘cheese’ brand Violife, explains: “If you look at [dairy] cheese and milk, they are broadly the same value. In the plant-based world, milk is about 10 times the size of cheese. So there is a lot of opportunity for growth.”

This imbalance is changing, though. According to research from Kantar, the dairy-free cheese market grew 29% in value to be worth £40m in the 52 weeks to 19 May 2019. Plant-based milks, in comparison, grew by just 12%, albeit to be worth a much heftier £345m.

Sales of Violife’s coconut-based cheese alternatives grew by 79% last year, says Orchard, with the trend set to continue thanks to recent listings in 550 Tesco Express stores and more than 200 Sainsbury’s Locals. And it’s not just vegans who are buying the products either.

“Two thirds of our growth is with new shoppers,” he says. “It’s tied in with people wanting to reduce meat and dairy. Diets and the environment also play their part. Retailers are improving their offering and reaping the rewards. Previously there wasn’t much choice on the fixture, which means we’re probably three to four years behind plant-based milk.”

As demand for vegan cheese skyrockets, pressure is inevitably building on manufacturers’ production capabilities, especially as the vegan cheese market is still largely made up of small and medium-sized independent producers.

Family-owned Violife manufactures from a 65,000 sq m factory in Drama, Greece, which can produce 2,500 tonnes of vegan cheese a month. Orchard says the site still has capacity, but the company is looking at increasing production space, possibly by opening a factory in another country in Europe.

At Koko Dairy Free, which is owned by a Singapore-based family company, senior marketing manager Heather Lewis says there is still capacity at the EU factory that makes its coconut-based cheddar and cream cheese alternatives. “Scale and scalability were part of the criteria in choosing who we work with,” she says.

Lewis makes it clear that Koko is family owned and funded with profits invested back into development, but says the huge potential of vegan cheese could attract multinational buyers. This has already happened in the plant-based milk sector where Danone bought Alpro in 2016, and Coca Cola-owned Innocent Drinks launched a range of nut milks last year.

With cheese alternatives continuing to grow, many suggest M&A could be on the cards. “I wouldn’t rule it out,” says Lewis. “It wouldn’t surprise me if you look at Danone and Alpro.”

Violife has a 55% share of the vegan cheese market, compared with 37% own-label and 8% for other brands combined [IRI year to May 2019]. Kantar puts own label’s share at 38%, but both analysts agree on one thing: own label is fuelling much of the growth. Kantar says sales of own-label cheese alternatives have exploded in the past year, with value rising from £800k to £12.1m.

“Retailers saw a real opportunity with own label to get there ahead of brands so they invested heavily,” says Lewis. “If you look at classic marketing theory, it’s brands that drive markets and own label comes second. Our view is that some retailers haven’t got the offering as balanced as it should be.”

They’re all at it. Tesco’s Free From range now includes coconut-based alternatives to mature cheddar, grated mozzarella and an Italian hard cheese alternative, for example. Morrisons has also been active with its V-Taste range, launching everything from coconut-based edam slices to a mozzarella-style dipping product.

“We know a lot of our vegan customers really miss cheese,” said Morrisons party food buyer Oliver Smith at the launch. “Their options are often limited at family buffets, which is why we’ve taken this classic cheesy party food and made it vegan.”

“Our dairy-free cheese range is far broader than it was a few years ago so the products are appealing to a wider audience than only vegans and consumers with a dairy intolerance,” she says. “The main obstacle for the more artisan products of this category is price. A cashew, macadamia or almond cheese is an expensive product to make.”

Gert-Jan de Groot, business development manager at Euro Company, agrees. “Coconut is £800 a tonne; cashews are £8,000 a tonne,” he explains. “But it’s worth it in terms of flavour, texture and nutritional content. Look at the amount of ingredients, chemicals and processing that goes into a lot of coconut-based products, which often have little protein and are quite high in saturated fat. Our concept is totally different. In the long term this will become a focus with consumers.”

Euro Company makes fermented almond and cashew products, known as ‘fermentinos’. Prices are higher than coconut-based products, starting at £4/100g, but de Groot says this is because they are natural products, made with only fermented nuts, water and salt.

Still, prices may need to fall if such products are to develop a mainstream following. 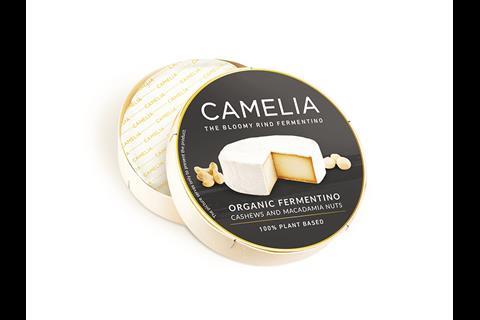 Camelia | Launching: September 2019 | Manufacturer: Euro Company | This Italian bloomy-rinded macadamia and cashew cheese (rsp: £7.75) is made by fermenting nuts in water with lactic acid bacteria, and the rind is created with the same Penicillium camemberti mould that is used on camembert and brie. 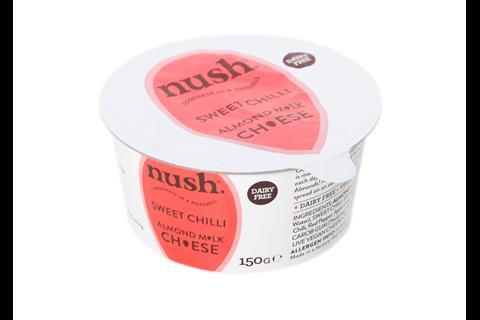 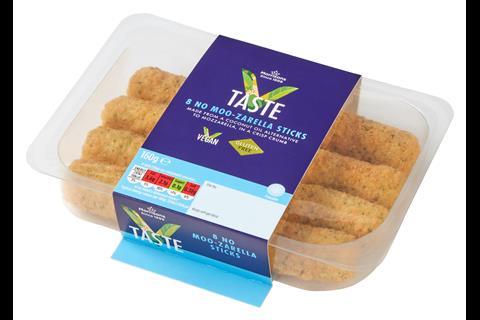