‘Safe environment’ for our shopper at winning Waitrose store 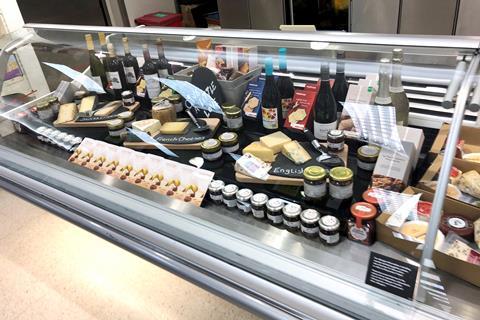 As supermarkets came under pressure to up their Covid-19 precautions last week, Waitrose’s Spring Garden Centre store in Buxton took our store of the week award. That was largely thanks to its strong coronavirus safety measures.

Our  mystery shopper praised the “safe environment”. Plus, availability was strong. She picked up 31 of the items on our list with just one out-of-stock and one not-stocked product –  though she did spot some gaps on the shelves, most noticeably in the fruit & veg aisle.

Our shopper at runner-up Tesco Batley had to push her trolley through snow to get to the store. However, she was glad to find there was no queue on the cold day.

Employees were “friendly and polite” while assisting our shopper, and were working hard to replenish items across the store.

As with Waitrose, our shopper spotted some issues with availability, particularly on the store’s deli and meat counters.

She also spotted several empty boxes strewn on the floor as staff looked to replenish shelves. There were no out-of-stocks on our list, however, and just two not-stocked lines.

At the end of her trip, our shopper found the checkout areas somewhat “chaotic” with customers standing in the aisles due to a lack of staff managing the queues.

Third-placed Morrisons had the worst availability among the grocers, with four out-of-stocks and one not-stocked item.

Customer service was much better though, as staff were easy to find, knowledgeable about product locations and explained why some items were missing. They made our shopper feel safe throughout her trip to the Abergavenny store through well-executed and managed coronavirus safety measures too.

Several pieces of rubbish on the shop floor and a spillage in the milk section dragged the score down, but the majority of the supermarket was kept to a high standard. It had “enticing” displays of special offers and ranges in its service counters were “plentiful and attractive”.

Our shopper was pleased her visit ended with strong service from the “friendly and super speedy” checkout operator.

Asda in Oadby, Leicester made a poor first impression on our mystery shopper: she said customers were crowding around the hand sanitiser station by the store’s entrance, with not enough management from staff. The same went for its one-way system, which was not being enforced by employees on the shopfloor.

She praised the stand-out service demonstrated by the checkout operator, who she described as “very pleasant and conversational” and handled customers’ shopping with care.

In terms of availability, the store had two out of stock lines.

Sainsbury’s came in last with gaps throughout its Stoke-on-Trent branch, particularly in the frozen section due to “delays at Dover”, according to staff who spoke to our shopper. This led to four out-of-stock SKUs.

Our shopper expressed disappointment that staff were not checking customers were wearing face masks and felt they were not properly managing customer flow.

The store came across as “dated” and “in need of a refurbishment,” mainly owing to its illogical layout, with frozen items near the entrance at the front and fresh produce towards the back.

However, our shopper praised the store’s “clean and tidy” standards and “helpful” team members who escorted her to the items she needed.