Waitrose claims fifth consecutive win thanks to near perfect availability 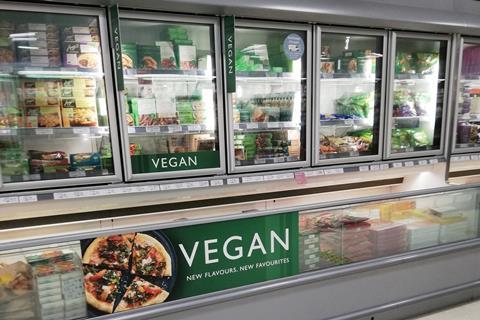 Waitrose has won its fifth Grocer 33 award in as many weeks. A score of 75 was enough to take Waitrose Peterborough to victory this week, which saw fairly low marks across the board.

Availability was strong and our shopper only failed to pick up one out-of-stock item. However, efforts to replenish shelves caused problems. One member of staff almost collided with our shopper at one point as they stacked shelves, while restocking trolleys blocked the aisle on a couple of occasions.

The store also dropped marks as employees failed to enforce coronavirus safety measures, despite several reminder announcements being made.

Our shopper was relieved there was no queue for the tills, while the checkout operator took great care with products.

Tesco in Riverside, Dundee narrowly missed the top spot with 73 points. The shop floor team were the stars of the show and escorted our shopper to items she couldn’t find.

An employee rapidly cleared up a broken bottle in the drinks department, while staff did “all they could” to ensure customers felt safe.

On the less positive side, our shopper had to queue to pay due to a lack of open checkouts. And its victory chances were ultimately scuppered by poor availability, with two out-of-stock and three not-stocked lines.

Our shopper in Morrisons Southwood in Farnborough also only managed to collect 28 products – with two out of stock and three not stocked.

A few unattended replenishment trolleys made social distancing hard to maintain in the narrow aisles. Its signage was clear and made navigation easy, but plenty of staff were around to point her in the right direction of items.

She waited around five minutes for the checkouts, where the operator was “very friendly”, handling her shopping carefully.

Our shopper at Asda Torquay praised the marshal who helped her get a sanitised trolley as she forgot her pound coin.

The wide product selection also earned a mention, though there were two out-of-stock and five not-stocked SKUs. Shop floor service overall was strong, with the team happy to take our shopper to items amid replenishing the shelves.

But the store looked “dated” and its small size created bottlenecks of customers.

The store didn’t fare so well on checkouts either, as the area was “cluttered” with plants on promotion alongside queues.

Our shopper had to wait over 10 minutes to find a parking space. Availability was also the lowest among the grocers this week: our shopper left the store missing six items on our list. Its fresh produce section was cited as particularly “sparse”, though employees were apologetic.

Our shopper was particularly frustrated with how busy the branch was. Although marshals by the entrance made her feel safe as she went into the store, once inside she felt “under pressure” to select items quickly due to potentially holding up fellow shoppers. She had to double back several times, though staff were happy to take her to items and were “very polite”.

Lines for the tills ran “halfway down” each aisle and our shopper had to wait five minutes to pay. However, a staff member was on hand to direct customers to the next available checkout and the cashier was “friendly and efficient”.