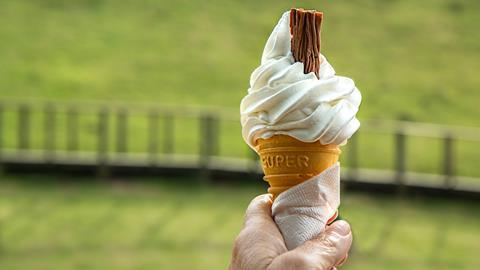 Jay-Z’s 2004 hit single suddenly feels strangely prophetic. Because as we emerge from lockdown and look forward to a summer free from strict social restrictions, the UK really does have 99 problems.

A shortage of Cadbury 99 Flakes, to be precise. Surging sales at ice cream vans (despite the somewhat damp squib of a spring) has squeezed supplies of the crumbly chocolate sticks in the UK and Ireland, Mondelez reportedly confirmed today.

Cue some creative thinking from shoppers on social media, who have suggested sticking everything from Freddos to Fudge fingers in their soft serve cornets this summer.

It’s not the only shortage to arise in food and drink of late. Wholesalers and convenience stores have warned of beer shortages as brewers struggle to keep up with the surge in demand since hospitality reopened, with the situation only set to intensify now indoor pints are back on the table.

And – as The Grocer reported earlier this month – we’ve already seen a shortage of petfood pouches in major supermarkets thanks to the growth in pet ownership over lockdown.

It all suggests that while the food and drink industry has adapted remarkably quickly to the challenges of coronavirus, there will be more bumpy times ahead. With most Brits resigned to spending another summer in the UK, demand could see some unusual peaks.

Suppliers can’t rely on last summer’s sales data for predictions, thanks to the distorting impact of stockpiling during the first lockdown. Just look at meat. This morning, Cranswick reported a double-digit rise in annual sales in the year to 27 March 2021 (up 13.9% to £1.9bn) thanks to a big increase in sales to retail customers during the pandemic.

But latest Kantar data suggests sales of beef and chicken are already starting to tail off now the UK is emerging from lockdown, with beef volumes actually falling by 3.8% over the 12-week period to 18 April compared to the same period in 2020.

Instead, with Brits free to barbecue with abandon now outdoor restrictions have pretty much ended, sales of sausages and burgers are surging again, according to Kantar. And that’s before we’ve even seen the impact of the Euros and Olympics this summer – which could put further strain on Britain’s beer supplies, if the 2018 World Cup was anything to go by.

Indeed, both big sporting events will inevitably cause further unusual peaks in demand now Brits are stuck on staycation and allowed to socialise with friends and loved ones.

Demand-related supply shortages won’t be the only challenge for the food and drink industry in 2021. The UK is also facing a shortage of seasonal workers thanks to new post-Brexit immigration rules, which could in turn lead to shortages of fruit and veg. And a shortage of drivers is already causing havoc in the wholesale sector, which is struggling to maintain supplies to convenience stores as a result.

That’s not to mention the ongoing challenges posed by Brexit, particularly for food businesses trading with Northern Ireland. The row over the NI protocol shows little sign of resolution, and while the UK government has published a vague roadmap for introducing inspections on food and drink from October, detail remains sparce.

Then, of course, there is the ongoing unpredictability of the pandemic. According to Sky news, the number of areas recording cases of the Indian variant – feared to be up to 50% more transmissable – rose 44% in a week in England ending 8 May.

It’s threatening to derail the final step out of lockdown in June and could even result in a further tightening of social measures should it take hold despite the UK’s speedy work on vaccinations.

All in all, then, a shortage of 99 Flakes is probably the least of our problems. Shoppers shouldn’t panic yet, though. The food and drink industry has proven its agility over the past 18 months, and having dodged serious shortages at the height of panic-buying, it will no doubt keep shelves well-stocked this summer.

And for those worried about their Mr Whippy cones, there is always Freddos. Although at 30p a pop thanks to food inflation, they might push up the cost of your 99p cone.