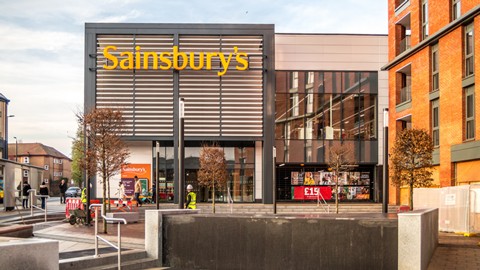 What a grim week. Big job losses at the likes of M&S and John Lewis  – decisions that would have been taken before the second lockdown was announced. Even supermarkets are not immune. Like Sainsbury’s. And if the closure of more Argos shops is not surprising given the carnage on the high street (and the success, it should be added, of the in-store shops and integration of Argos into Sainsbury’s e-commerce operations), the dismantling of Sainsbury’s meat, fish and deli counters feels like a pre-Covid response to the rise of the discounters.

It’s proof that, even as supermarkets ‘enjoy’ a huge advantage over ‘non-essential’ retail rivals, and benefit from the calamitous closure of pubs, restaurants and other foodservice outlets, competitive forces are still very much at work.

That drive to be more competitive on price will only have been heightened by the second lockdown. And in contrast with rivals, Sainsbury’s has increased promotions by 10% since the outbreak of the pandemic [Assosia w/c 2 November vs 2 March]. Its range is also now the largest of all the supermarkets. So all eyes will be on the new commercial leadership team to see how they respond to the challenges.

Will Sainsbury’s hold its nerve on multibuys, for example, and continue with its Every Day Medium Price (EDMP) strategy? And how might its range evolve? The Future Brands initiative has delivered much-needed innovation to its shelves, though it’s suffered recently from personnel changes. And having been a conservative (and inconsistent) food retailer, last month’s reset of its fresh and chilled selection offered a glimpse into Sainsbury’s future as a ‘food first’ retailer, with new CEO Simon Roberts promising to triple new product launches and increase speed to market by at least 30%.

Critics will question how a ‘food first’ retailer can close all those counters. But theatre and service in supermarkets can come in different forms: newness in the aisles; empowerment on the shop floor. And with sales on those counters falling every year, it’s better to free those funds up for the products and services today’s customers want.