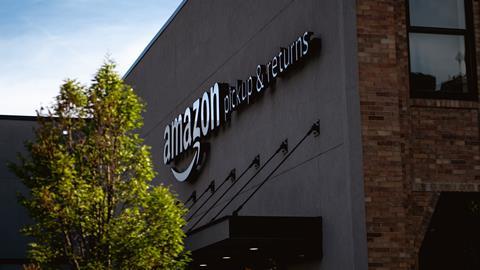 Amazon is lagging behind other fmcg giants with its climate pledge

Amazon has made much of its pledge to save the planet. But is the tech giant really as altruistic as it’s eager to appear?

It was back in September last year that Amazon announced The Climate Pledge, a commitment to be net zero carbon across its businesses by 2040 – a decade ahead of the Paris Agreement’s goal of 2050.

“We’re done being in the middle of the herd on this issue – we’ve decided to use our size and scale to make a difference,” said CEO Jeff Bezos.

It was about time. Staff had been lobbying the company to act for years, and for good reason. Emissions data released as part of the pledge showed Amazon’s CO2 output to be bigger than any of its tech rivals. Staggeringly, its emissions were roughly equal to those of Norway.

In fairness, the pledge contained some worthy promises. Like running on 100% renewable energy by 2030. But at the same time, the cost of renewable energy is consistently cheaper than fossil fuel energy across most of the world.

When it comes to one of Amazon’s most polluting activities – delivering goods to homes – there is a less ambitious target of 50% net zero carbon by 2030. Full net zero is “the vision” the company says.

Indeed, it’s worth noting that urban last-mile delivery emissions are on track to increase by over 30% by 2030 in the top 100 cities globally, according to the World Economic Forum.

And despite all the big talk, Amazon in June disclosed its total emissions had risen 15% year on year from 2018 to 2019. It emphasised that its ‘carbon intensity’ – the amount of carbon emitted for every dollar spent – dropped 5% in the same period. But climate campaigners weren’t convinced.

“Amazon greenwashes its emissions growth by saying the year-over-year increase is less than its sales growth. But dollars are irrelevant to the health and sustainability of the planet,” bristled the Amazon Employees For Climate Justice group. “The data is clear: Amazon is polluting the planet more than ever before while sales and the stock price skyrocket.”

Eyebrows were further raised by reports that last week, as the giant blue-and-green sign that will sit atop its new stadium was revealed, Amazon hosted Shell to talk about an industry-wide oil and gas initiative to speed up extraction using Amazon cloud computing.

And a report this week from Oceana suggests Amazon’s environmental harm shouldn’t only be measured in CO2.

It claimed Amazon generated 465 million pounds of plastic air pillows, bubble wrap and other packaging waste last year. A huge portion of it ended up in the oceans – “the equivalent of dumping a delivery van payload of plastic into the oceans every 70 minutes” the group said.

So were the likes of Coca-Cola European Partners, Reckitt Beckinser and Unilever right to this month sign up to the Amazon-owned Climate Pledge?

You can’t ignore the PR boost in becoming a signatory, powered by the almighty Amazon press machine. And clearly joining with other big brands in doing so creates a critical mass of climate action.

But the fmcg giants jumping aboard in most cases already have more ambitious targets than those set out in the pledge, and more innovative ways of reaching them. They are less opaque in their approach, and have earned more trust with more consumers. Like the supermarkets, they may be better off going it alone. Because while it may have a big green arena, Amazon has some way to go before it convinces everyone of its climate concern.