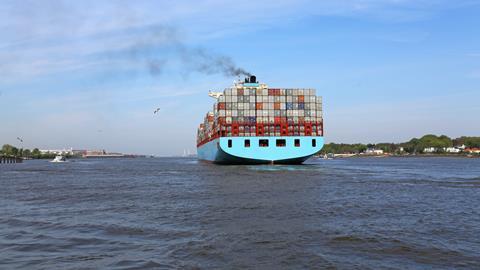 Henry Dimbleby’s National Food Strategy (NFS) always had the potential to spark a chain reaction of events across the industry, as retailers and suppliers respond to the many environmental and health challenges raised by the Leon restaurant founder.

Sure enough, there have already been at least three major announcements which look set to play a huge role in the debate leading up to the government’s white paper response – promised within the next six months.

On Friday, a series of major supermarkets came out in support of Dimbleby’s plan for mandatory reporting across a range of metrics, including sales of HFSS foods, fruit & veg and food waste.

Then yesterday the FDF, which has already claimed such targets will “never see the light of day”, entered the fray, with a report of its own warning the government’s “bombardment” of regulation could push household food costs up by £160 a year.

Suppliers face a combined total of £8.3bn in additional costs as a result of regulation in the pipeline. And that’s without taking into account the cost of mandatory reporting or Dimbleby’s proposal for a £3.4bn a year tax on salt and sugar, stressed the report - which looks like an effort to torpedo the good ship NFS before it even gets free of its moorings.

And yesterday saw another landmark move, which could have a major impact on the environment, data sharing and retailer-supplier relations.

It came in the form of Wrap’s new Courtauld 2030 pledges on the environment and food waste.

Described by Wrap CEO Marcus Gover as “make or break” targets in the fight against climate change, the new document admits the industry’s previously landmark commitments no longer cut the mustard in terms of ambition.

The standout target is a new industry-wide commitment to bring about a 50% absolute reduction of GHG emissions associated with food and drink by 2030 – replacing a much flimsier commitment to cut emissions per capita by 20% by 2025.

Wrap claims this is not just a crucial milestone on the way to those targets but, thanks to the broad membership of Courtauld signatories, a chance to create a unique coalition of the willing to make sure the industry means business.

The problem is, as Wrap itself admits, the quality of data and levels of transparency needed to hit that target simply do not exist. It means companies, large and small, must be cajoled into a step-change in information sharing.

Courtauld 2025 has already proven how difficult it is to achieve a level playing field in reporting when companies are faced with such huge competitive issues – especially against today’s economic and political backdrop.

Despite its achievements, the agreement has been plagued by lack of sign-up from suppliers and accusations over lack of transparency in reporting. Now it faces the same challenge on an even greater scale.

Wrap is due to publish a report in the run-up to COP26, which will set out exactly how the food industry will need to change to reach its carbon targets. It’s set to point to huge changes in transport, energy, food waste policies and land use, and it’s being billed as the biggest research project of its kind the industry has seen.

But Wrap special adviser Karen Fisher, who is heading it up, admits it is going to take major change in transparency and data sharing if the industry is to hit its target.

“It’s even harder for greenhouse gas emissions than it was for food waste,” she says. “There is a huge challenge here in consistency of accounting approaches and access to information needed to enable better decision making.

“Especially when it comes to Scope 3 emissions, there is a huge problem of not having acess to information. It’s the same for product labelling – there isn’t the data currently to underpin this.”

In his report, Dimbleby called for ministers to establish a new national food system data programme, a move backed by the likes of Wrap. While not as headline-grabbing as some of his other proposals, if the government does run with the plan, its implications could be enormous.

Dimbleby’s vision is for Defra, DHSC, BEIS and FSA to work together to oversee a huge set of data on health, emissions, food waste and other metrics, that businesses and other organisations can use to guide them but which can also be used to measure progress.

It’s all in line with the ‘target, measure, act’ philosophy taken up by the likes of Tesco a few years ago, and now increasingly a direction of travel for all the main supermarkets.

The trouble is, as FDF boss Ian Wright articulated last week, suppliers are deeply suspicious of their motives – and there are big question marks over how the government could build competitive safeguards into such a programme.

And suppliers not only have legitimate concerns over the cost of supplying such data (just being a fully paid-up member of the Courtauld Commitment costs an eye-watering £20,000 a year), they fear retailers – and the government – will use this information as a stick to beat their supply chain.

It is going to be a very difficult stand-off to break, and whether this new agreement has the necessary industry backing to be the vehicle remains to be seen. But without such a breakthrough, it’s hard to see how any of these targets can be met.