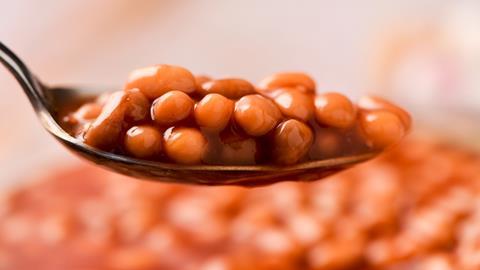 Fancy a tin of spaghetti hoops while you’re self-isolating? Then you’ll welcome the news that Heinz has become the latest brand to start selling direct to consumers.

But for the convenience store retailers staring at empty shelves where 57 varieties of Heinz once stood, or the wholesalers who have pleaded with the supplier to send stock – any stock – to its depots recently, it’s going to be harder to swallow.

Heinz To Home is the brand’s answer to the stories it’s heard over the past few weeks of people up and down the country struggling to get access to food and necessities, according to Georgiana de Noronha, president of Northern Europe at Kraft Heinz.

You can almost hear the collective sigh from wholesalers.

Because one of the reasons many people are struggling to get access to basic food is that the wholesale and convenience sector has been largely overlooked in favour of the mults.

As The Grocer reported last week, stock allocation has been plaguing this side of the supply chain since the first weeks of panic buying. And Heinz has been named again and again as a repeat offender when it comes to shorting its wholesale customers in favour of the supermarkets.

It’s not just Heinz. Changes to delivery loads for full trunkers (an unrealistic quantity even for the bigger wholesalers to accept), cancelled deliveries and SKUs being axed are all factors contributing to shortages of products from a number of key manufacturers.

The unrest and frustration this is causing in the sector led to the Federation of Wholesale Distributors escalating the issue with Defra and FDF CEO Ian Wright. Both have since made the point that keeping community stores well stocked needs to be high on suppliers’ list of priorities in line with the government’s fight against coronavirus.

Cutting out supermarkets and the independent supply chain altogether did not form part of the advice.

The Heinz To Home online shop boasts about its surprise bundles comprising of 16 tins apiece. Soup, hoops and beans – for a tenner and £3.50 delivery. Over on Twitter, meanwhile, Heinz has promised enthused shoppers that more products will be added in due course, including its tomato ketchup. The fact that these prices will undercut many wholesalers is likely not to go unnoticed either.

It’s a tricky one. Because on the one hand, the effort by Heinz to support the #stayhomestaysafe movement should be applauded. Not least because it’s offering free delivery to frontline workers, including those working in the NHS, emergency services, armed forces and police.

But at the same time, it’s a shame Heinz – and other food manufacturers – aren’t putting more effort into supplying the convenience sector at a time when wholesalers, store owners and ultimately the public need them more than ever.