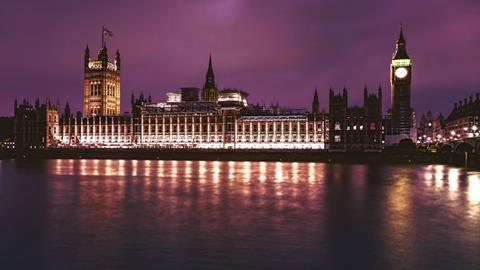 It’s fair to say that even more than usual, the Christmas holidays weren’t much of a holiday in grocery.

Not only were supermarket staff working the duration (except for Christmas Day, and for some Boxing Day), but the eleventh-hour Brexit deal meant suppliers, exporters and supermarket executives were forced to digest a 1,246-page document on the new trade agreement alongside their turkey dinner.

And that was only the start of the government’s festive announcement fun.

So, for those who enjoyed a proper break, avoiding the news in favour of eating, drinking and watching festive films, here’s what you might have missed.

Having cancelled Christmas for millions with the announcement of Tier 4 restrictions from 21 December, Boris Johnson took centre stage once again on Christmas Eve as he announced the UK had finally agreed a trade deal with the EU.

Worth an estimated £660bn, the “comprehensive Canada-style free trade deal” will protect UK jobs and allow our goods to be sold without quotas in the EU market, the PM declared. If anything, the new deal would allow “our companies and our exporters to do even more business with our European friends”, he claimed.

With experts still digesting the document, the jury is out on whether that’s true (we’ll be analysing the impact in greater depth in this week’s issue). But having been given just four working days to adapt to new rules on trading with the EU, the food and drink sector was perhaps less enthusiastic about this early Christmas present than Johnson might have hoped.

Still, everyone breathed a collective sigh of relief that the nightmare of a no-deal had been avoided. Some fishing communities claimed they had been “sacrificed” by the compromise the EU will reduce catch in UK waters by 25% over five-and-a-half years, but Johnson has promised a £100m package for the sector to help ease the pain.

Before the industry could even digest the news of a Brexit trade deal, let alone enjoy a few days rest and recuperation after a year of incessant crisis management, the government chose 28 December to announce the go-ahead of a consultation on plans to restrict promotions of HFSS products.

Under the new rules, supermarkets would be banned from putting HFSS promotions at store entrances, aisle ends and at checkouts and their online equivalents, as well as being prohibited from offering volume-based promotions such as bogofs or three for two offers on HFSS products.

FDF COO Tim Rycroft described the decision to issue the document in the Christmas holidays as “breathtaking and insulting” to food and drink manufacturers that were toiling selflessly to keep the country fed during the Covid-19 pandemic.

It does seem bizarre the government decided to press ahead not only due to the timing but the simultaneous acknowledgement, in its New Year’s Honours List, revealed on 30 December, of the huge contribution food and drink has made.

And on the wholesale side, so too did Bidfood’s supply chain and technical services director Jim Gouldie, and MD for wholesale, Steve Clarke, as well as Brakes’ supply chain and operations director, Alex Mayfield, and lead solution designer, Ricky Sercombe.

The highest honour, however was for former Tesco boss Dave Lewis, who received a knighthood for his services to food and drink – including the expansion of Tesco’s online delivery capacity from 600,000 to 1.4 million a week.

That same day, Tesco also announced it had hit its target of removing a billion pieces of plastic from its UK business in 2020, after working with suppliers to ditch unnecessary packaging.

But celebrations were short-lived for the supermarket giant, after the Department for Business, Energy & Industrial Strategy the very next day named and shamed Tesco over minimum wage breaches in 2016-2018.

Tesco said it was “extremely disappointed and surprised” to be included in the list, pointing out the breach was the result of a technical issue identified in 2017 that had been proactively reported to the BEIS, with those affected already reimbursed.

Which brings us to 31 December. Not satisfied with disrupting Christmas, No 10 decided to make the most of a quiet New Year’s Eve and issue 300 pages of advice for how the new EU border would operate, just hours before it came into force.

Thankfully, stockpiling and the decision by businesses on both sides of the Channel to hold out on sending goods in January meant there wasn’t a repeat of the pre-Christmas port chaos when the Brexit transition period officially came to an end.

But with the food and drink sector still seeking clarity over elements of the EU deal, and the Covid situation worsening by the hour (Scotland joining Wales and Northern Ireland in reverting to a full lockdown and England set to face tougher coronavirus restrictions and potentially a full lockdown of its own), the situation is fraught with danger, difficulty and uncertainty.

So strap yourselves in. 2021 is looking like another bumpy ride. The Grocer will be there to cover all the twists and turns, stops and starts, ups and downs.