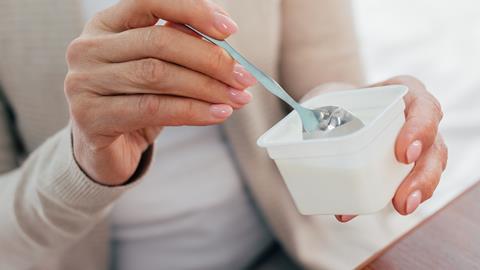 The pandemic has given rise to many things. Among them is pithy public service messaging. The government’s ‘Hands. Face. Space’ was a good one. ‘Stay home. Save lives. Protect the NHS’ was longer but still effective. Its follow-up, ‘Stay alert. Control the virus. Save lives’, was a bit duff – and rightly criticised by communications experts.

But things are back on the right track with ‘Look. Smell. Taste. Don’t Waste’ - the name of the new campaign from anti-food waste app Too Good To Go.

The push, launching tomorrow (26 January), is a big one. It’s backed by Defra, Wrap and almost 30 food and drink suppliers, including powerhouses like Nestlé, Arla Foods and Danone. They’ve pledged to switch ‘use by’ advice to ‘best before’ on products that won’t be a health threat if consumed a bit later.

So, the likes of instant coffee, porridge oats and even yoghurt are set for the change. And Brits will be encouraged to rely on their senses of taste and smell to judge whether food is still edible beyond the on-pack date.

“Ten per cent of all European food waste occurs because of misunderstandings around date labels,” says Too Good To Go. Its ‘Look. Smell. Taste. Don’t Waste’ push “aims to reclassify how products should be labelled and shake up the way we judge whether food is safe to eat.”

Arguably, the campaign couldn’t come at a better time. With many locked-down Brits nervous about going to the supermarket and/or worried about their finances, they may very well take greater care in not needlessly throwing away food.

Indeed, there have been signs of such behaviour since the pandemic took hold. Last May, Wrap reported that UK households had become much better at preventing food waste, which was down by a third across staple foods such as potatoes, bread, chicken and milk.

Those findings came after environmental charity Hubbub found almost half of people (48%) were throwing away less food since lockdown came into effect.

So, ‘Look. Smell. Taste. Don’t Waste’ is well placed to capitalise on this admirable trend as it works to reduce the estimated 4.5 million tonnes UK households generate annually. And the push will dovetail perfectly with anti-waste efforts by grocers.

Earlier this month, Aldi pledged to mark down perishable products such as bread, meat and fruit & vegetables by 75% on their “last day of life”. And last week, Morrisons announced it had extended its partnership with food redistribution charity The Bread and Butter Thing to provide food for thousands of families while simultaneously reducing food waste.

Almost inevitably, though, it’s not all good news. Defra analysis has shown up to 142,000 tonnes of food, feed and drink may be lost in the next six months as a result of post-Brexit disruption at ports.

That’s a jaw-dropping amount of waste – and it could mean industry efforts will, in effect, be for nought unless the government works harder to resolve border issues and avoid that other pithy phrase: worst-case scenario.