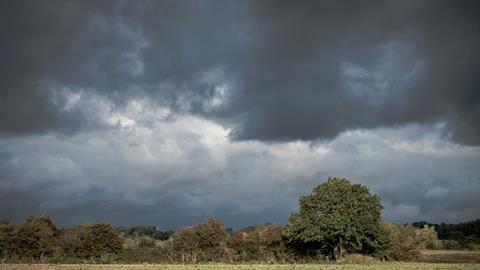 British farming has more to worry about than cheap US imports

Try talking Brexit these days and it’s never long before a chlorinated chicken comes a-calling – the result of both a penetrating PR campaign from the NFU, and an understandably visceral reaction from shoppers who do not want bleach in their chicken goujons.

But with the public debate consumed by talk of protecting our own food standards against cheap imports, we risk losing sight of the urgent and vital environmental improvements British production itself needs to make.

Yes, we may be better than some, but we are also far from great. Not only does British food production account for 9% of the UK’s greenhouse gas emissions, but its impact on nature in recent decades has been devastating.

Fifteen per cent of British wildlife species are now facing extinction, according to last year’s State of Nature report, which concluded “there has been no let-up in the net loss of nature in the UK” with “changing agricultural management” such as intensification and declining farmland nature having “the biggest single impact”.

Many environmentalists hoped breaking free of European farming subsidies and introducing a new Agriculture Bill that rewards farmers for providing “public goods”, such as healthy water or wildlife habitats, would be the solution, but these hopes are fading.

In the House of Lords this month, one peer described the bill as “deeply disappointing” for giving “no sense of how we can guarantee the delivery of the environmental and animal welfare ambitions in it”.

Clarity on exactly what “public goods” entails is wanted by all parties, yet with many farmers and MPs increasingly questioning if an environmental policy for farming is sensible in light of the food security concerns raised by Covid-19, getting clarity may not necessarily benefit our countryside.

And yet, a heavy defeat to the government’s Fisheries Bill in the Lords yesterday may just prove a turning point in the push for greater environmental standards in the UK. Peers backed a cross-party amendment to ensure the new bill does not entail further overfishing and environmental damage as a result of “short-term economic and employment considerations”, according to former FSA chairman Lord Krebs.

The protections are urgently needed. Much like ecosystems on land, fish stocks are hugely depleted, with the UK responsible for the highest quantity of overfishing in Europe in the past two decades, according to a report by the New Economics Foundation earlier this year.

So with the Agriculture Bill soon returning to the Lords for amendments, don’t be surprised if similar environmental clauses are on the agenda. It is something farmers should greatly welcome. The NFU is a vocal proponent of change, setting an ambitious target of net-zero emissions in British farming by 2040, but it will need government support to achieve it. Many farms simply do not have the money to invest in such change.

While imports of foods such as chlorinated chicken produced to lower standards will inevitably hurt British production, a long-term trend of failing to address environmental degradation may be just as harmful.

Britain will face an acute farmer shortage if young people cannot be inspired to work the land, with just 3% of millennials viewing agricultural work as a desirable career option, according to Barclays Bank.

The sector is in vital need of recruiting, yet the new generation of Brits is more politically engaged and environmentally conscious than ever. Persuading them to work in a sector that is seen to not play its part in protecting the environment they walked out of school for, could make the job considerably trickier.