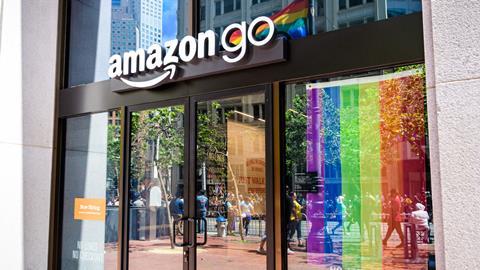 Can Amazon make a success of selling its Go store technology?

Enter a store, scan your phone, fill your bags and “once you’ve got everything you want you can just… go” according to the chipper promotional video for the checkout-free Amazon Go stores.

It’s an undeniably silky customer experience – though shoppers need an Amazon account, and must download an app and scan their phone on entry – of which many retailers would be envious. And those retailers might soon have it for themselves, if Bloomberg reports that Amazon is thinking about licensing the tech behind Go are anything to go by. According to a person familiar with the project, the online giant is considering offering the system to stores in exchange for an upfront fee or a cut of all sales, Bloomberg says.

So will Go-style store tech be the smiling yellow behemoth’s next big success?

Early last year, Amazon Go launched its first ‘Just Walk Out Technology’ enabled convenience store in Seattle. But since then store openings have been few and well below the company’s initial hopes, The Information reported in September.

The technology – which uses computer vision, deep learning, cameras and sensors – is expensive and the Go project is reportedly sinking sums that would make even Jeff Bezos wince. If Amazon can’t make it work, considerable flattery will be required to convince others they can.

Adopting Go tech would require more than just a small punt on novelty. It cannot be retro-fitted like self-scan handsets and apps. The weight-sensing shelves – which Go rivals claim are more key to the system than Amazon lets on – need building, fitting and calibrating. Those shelves mean a more limited range of items, which must be placed with precision.

As ever with Amazon, there’s also the nagging question of who owns the data – in Go tech’s case that’s all the valuable information about who buys what, where, how and when. With the company’s hugely successful cloud computing arm Amazon Web Services, the data is very much the clients’. On the other hand, the data generated by customers searching for items on Amazon.com has been used by the company to launch own label, competitor products.

The faintly Faustian pact and massive outlay will likely be too much for most. Especially, you’d think, the small-space convenience and grab-and-go retailers the technology is best suited to.

For those that can afford it, there are already copycat providers. Tesco is working with Israeli startup Trigo, using its Hertfordshire HQ Express store as a “test site”. San Francisco-based Zippin in August signed a deal with Brazil’s largest retailer, Lojas Americanas, to roll out its rival tech in several Ame Go brand convenience stores. Standard Cognition, another Californian startup, has technology that works in a similar way.

Consumers are not, yet, anywhere near clamouring for this kind of experience. And even if checkout free, ‘just walk out’, stores do become the norm, it’s not a given that Go’s technology will dominate the market.