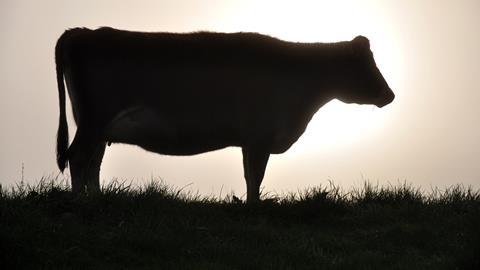 Climate change is a challenge ‘far worse, far more destructive even than coronavirus’. So said Boris Johnson during his opening speech at the Climate Ambition Summit in December 2020.

For too long, he warned, humanity had been “quilting our planet in a toxic tea cosy of greenhouse gases”. And it was time to do something about it, he said. “Not because we are hairshirt-wearing, tree-hugging, mung bean-munching eco freaks,” the PM insisted, in typically decorous fashion, but because “we know that scientific advances will allow us collectively as humanity to save our planet.”

For its part, the UK has pledged to reduce emissions by 68% at least on 1990 levels over the next decade. By 2050, the UK aims to be a ’net zero’ emitter.  And yesterday, it emerged that carbon taxes on meat, cheese and gas (among others) were back on the table as a means to achieve those targets.

According to a Whitehall memo seen by The Times, the PM has asked for a sector-by-sector view on how the government could implement “some form of carbon pricing” on goods and services in the next decade.

Climate campaigners have been calling on politicians to impose carbon taxes for years. Last November, an alliance of UK health professionals including the British Medical Association echoed that call, urging the government to impose a tax on food with a heavy environmental impact by 2025.

And this week, a new report by the Chatham House think tank warned cheap food was driving the destruction of the natural world and called for prices to change to reflect the ‘‘true cost of food production to the environment and human health”.

So, you can’t blame Johnson for wanting to explore the idea further (though, having appeared to rule out the possibility of a carbon tax last December, it would mark yet another policy u-turn by his administration).

And we’ll also ignore the fact that, only last week, Johnson was jetting to Scotland and back for the day (to save the Union, not the planet).

Carbon taxes could – WWF executive director Katie White pointed out in The Times yesterday – be a “bold and effective way” to accelerate the UK’s low-carbon transition.

But there is a catch. Because, as Mick Sloyan, senior strategy director for pork at AHDB, warned back in 2017, a meat tax would be an “incredibly blunt tool for a complex problem”. And one that would “ultimately push up prices and hit consumers in the pocket”.

Given food poverty is rising at an alarming rate, imposing a carbon tax on nutrient-rich foods would have a disproportionate impact on the wellbeing of those already living on the breadline.

So, in considering such a policy, the government must “ensure families don’t lose out and businesses are supported to make the move”, warned WWF’s White.

It’s a view echoed by the expert ‘jury’ convened by the Food Ethics Council in 2019 to consider the potential benefits and pitfalls of a meat tax.

Agreeing it was a “blunt” policy tool, they warned the government would need to ringfence revenue towards two main areas to mitigate the potential impacts.

First, to help everyone, including those on low incomes, to eat healthier diets in a dignified way. And second, to support farmers and food producers to transition towards healthy, sustainable food and farming systems.

The second point is particularly critical if the government genuinely wants to reduce the UK’s carbon footprint. Because while Johnson went on to suggest that mung beans were “probably delicious” during his speech at the Climate Ambition Summit, lots of Brits still want to eat meat and dairy.

If a carbon tax makes British-reared animal products unaffordable, the market will simply shift towards cheaper imports - which have lower production costs. And if the UK signs trade deals with the likes of the US and Brazil, those imports could come from countries whose livestock production is responsible for far bigger emissions than the UK, where grass-fed systems are more prevalent.

In that situation the UK might see a drop in its domestic agriculture emissions, but our diets would have just as big an impact – if not bigger – on the planet.

Denis Lynn, chairman of Finnebrogue Artisan, suggested today that carbon labelling (another policy under consideration by government) would be far more effective and less damaging than a carbon tax.

“We don’t need a carbon tax that will hit the poorest hardest. We need clear and credible front-of-pack environmental scores, so consumers can start voting with their feet,” he said.

If Johnson really does want to “defend the Earth against the disaster of global warming”, he’ll need to carefully consider the potential consequences of any new policies and engage with the industry on emissions.

Because climate change could be more destructive than coronavirus. But if the government has learnt anything from the pandemic, it should be that rushed policies have the propensity to go horribly wrong.