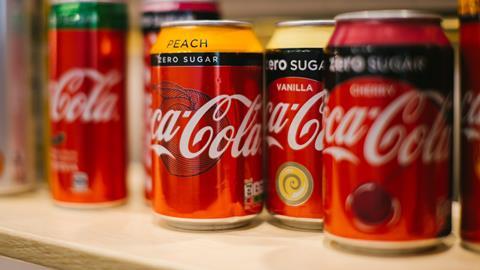 Presidents of organisations often tend to play a more ceremonial, rather than hands-on, policy role. How many in the US (and NATO) must wish the same applied to politics?

But in choosing Coca Cola boss Jon Woods as its new man in the role, the FDF looks as if it might make an exception to the rule.

With previous experience at Cadbury and AB InBev before he joined Coke and then took on the top job in 2010, Woods is, just like FDF CEO Ian Wright, not known for being a shrinking violet. He is certainty a spikier figure than his predecessor Gavin Darby, the former Premier Foods chief.

But even more crucially for the FDF, which has done so much to become a more proactive campaigning force in the past few years, Woods has been at the helm of a drinks titan on the frontline of some of the greatest threats – and opportunities – facing the industry in the past decade.

Admittedly, the fight was lost (for now anyway), but Woods helped lead opposition to the sugar tax. With campaigners, as well as Labour and the Liberal Democrats, set on an expansion of taxation to other products, this is likely to be one of the key battlegrounds for the FDF next year.

Even if the Tories return to power, there are no guarantees Boris Johnson will uphold his vow to review  “stealth sin taxes”. Brexit may have dominated the election agenda, but obesity will be back with a vengeance as an issue, make no mistake – and not just in the traditional January period, either.

As such, the industry’s reaction to calls for more regulation will be vital. The same applies to plastic, another area in which Coca-Cola boss Woods has been in the trenches far longer than most companies.

Coke has been engaged in how to react to the plastic crisis for years, while some others are still getting their acts together. Its decision to come out in favour of a deposit return scheme was seen as a huge turning point in the plastic debate, but now the industry must convince campaigners and politicians that plastic can find a recycling solution, rather than be dispensed with altogether.

Perhaps more than anything, Woods and his company have shown that you are never too big or entrenched to be fleet of foot and proactive in responding to consumer demands that are changing just as quickly as the extraordinarily turbulent political and economic backdrop.

Whoever wins next week’s vote, uncertainty over Brexit and the aftermath of the election will be a minefield for the industry. At such a vital time, the FDF needs all the experienced leadership it can get.