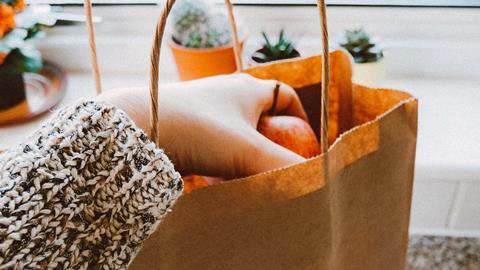 We learned this week that Aldi customers like compostable plastic bags more than paper ones.

Since last summer the supermarket had been trialling both – paper in half its UK stores and compostable in the other half – to see which customers prefer. It’s now rolling out the compostable ones because they proved “most popular”, The Grocer revealed.

It’s not an altogether surprising result. Plastic is what customers are most used to. They can have confidence in its ability to retain moisture and not split open and drop eggs and glass all over the car park. The paper variant, in contrast, may have seemed an unknown quantity, whether or not it was actually as good.

But should customer preference have been the deciding factor in which to roll out? After all, the aim of such alternatives is greater sustainability, and customer behaviour is hardly a measure of that.

If it was, then the 5p single-use carrier charge – and subsequent ditching of them altogether by the mults – wouldn’t have led to such a proliferation of bags for life that get thrown away after one use. According to a recent Greenpeace study, Iceland saw a tenfold increase in bag for life sales from 3.5 million to 34 million from 2017 to 2018, while Tesco saw an increase from 430 million to 713 million.

Is paper packaging really better for the planet than plastic?

Of course, customer preference cannot be ignored, a point made very effectively by Iceland MD Richard Walker in December. The business had abandoned a single-store loose produce trial after it led to a 30% drop in sales. As well as reducing plastic, Iceland had a duty to keep prices low and the business profitable, Walker said. “I certainly can’t justify investing millions in new tills and scales to offer something our customers don’t want to buy.”

So there is an argument for Aldi’s approach to the trial. The supermarket should also receive credit for rolling out an alternative to the bags for life which customers are treating as single-use.

But whether compostable bags are better for the environment than paper is far from clear. Aldi’s is designed to be domestically compostable within 12 months, but The Carbon Trust was reluctant to commit following the introduction of a similar bag by the Co-op last year. It said home compostable bags were not yet in widespread use and their environmental impact was yet to be evaluated.

Paper has its issues too: it’s heavier and bulkier than single-use plastic bags, so requires more lorries for transporting, contributing to its carbon footprint.

Whichever is better for the environment – paper or compostable plastic – customers do not hold the answer.