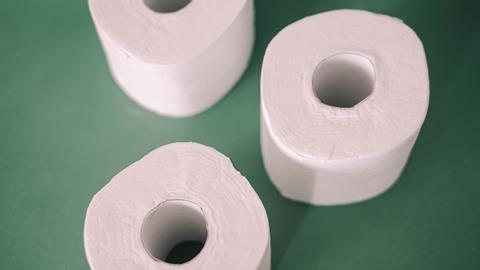 Seasoned food and drink industry veterans admit that when it comes to its sheer scale and unpredictability, they find it hard to remember a threat like the coronavirus crisis – and that’s coming from an industry that has lived through four years of crippling uncertainty over Brexit.

However, there are parallels with – and lessons to be learned from – recent history.

Perhaps the most pertinent example is the 2012 fuel crisis. Then-prime minister David Cameron’s infamous advice to motorists to “top up their tanks” – which led to chaos at petrol stations – was a classic example of the dangers of making up policy on the hoof.

We witnessed that again last Thursday, when health secretary Matt Hancock told millions of BBC Question Time viewers that the government had drawn up plans with the supermarkets to keep essential goods moving to those at risk. This was reassuring – until it became clear the next day that no such talks had taken place.

You would have thought ministers would have had plenty of practice at getting their messaging right when it came to communicating the possibility of food shortages, after sailing close to the wind no less than three times with the prospect of a no-deal Brexit.

Instead, on Friday and into the weekend, we witnessed the spectacle of Defra desperately trying to play catch-up and have the sort of conversations with the food industry it surely should have been having days, if not weeks, earlier.

Quite why it took so long for those meetings, including the first of the Food Chain Emergency Liaison Group since the crisis began, is a mystery. Especially considering quite how obvious the threat posed by stockpiling is – even if it is being caused largely by irrational human self-interest, rather than actual food shortages.

Somewhat unfairly, Bernstein analyst Bruno Monteyne was criticised for “scaremongering” a week ago, when he suggested the outbreak would lead to empty shelves and rationing.

Understandably, supermarkets hate the ‘R word’ and are rightly sensitive about sensationalism. But like it or not, Monteyne’s predictions have quickly become a reality, albeit only at certain stores.

So today, as the government holds further talks with retail bosses and shows signs, at last, of waking up to its responsibilities, it’s vital that there is no more miscommunication – that politicians and government departments provide practical solutions, not soundbites.

Today’s talks will focus on areas such as lifting night-time curfews on deliveries so retailers can step up replenishment where needed, but there is plenty more to do when it comes to tackling the challenges to the supply chain and its workforce.

Hopefully there will be more help on the way to support companies hit by the crisis on Wednesday, when Chancellor Rishi Sunak takes to the despatch box.

Surely if ever there was a genuine case for a moratorium on new costs to industry – however well intentioned – the coronavirus is it.

As one of those aforementioned industry veterans puts it: “There is one obvious difference between now and the fuel crisis. Back then the answer, eventually, was for the government to give in to the drivers. There’s no negotiating with coronavirus.”

But there are similarities all the same when it comes to the threats to the supply chain and the vital importance of getting the communication right.

As Cameron and Hancock demonstrate, perhaps the most helpful thing ministers can do, unless they are sure of the facts, is to keep their mouths shut and their ears open – and listen to what the industry actually needs.