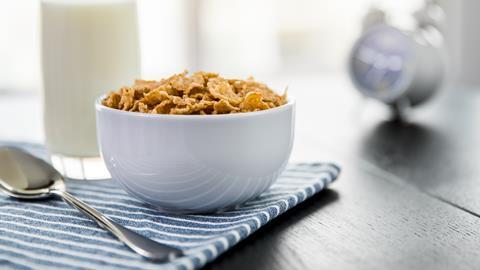 Could Kellogg’s succeed in pushing back – or changing altogether – upcoming HFSS laws?

Kellogg’s decision to take the government to the High Court over its HFSS promotions ban could yet be seen as the point the government’s obesity strategy suffered its MUP moment.

Whilst it would take a brave person to predict a monster five-year delay, like the Scottish government’s plans for minimum unit pricing suffered at the hand of industry bodies and their legal teams, the revelation that the fmcg giant has launched a judicial review has the potential to throw the Westminster government’s plans into chaos.

It’s a huge if, but if Kellogg’s wins, it could not only derail the launch of the promotions clampdown in October, but would have major implications for the HFSS TV advertising watershed due to come into force next year, considering the same mechanic is at its heart.

Today’s announcement that Kellogg’s is disputing the methodology, in the form of the 20-year-old nutrient profiling model (NPM), comes just as it looked as if suppliers and retailers were preparing to give up their long battle against the plans and face up to the job of implementation.

Yet in some ways it should not come as a surprise. Back in 2018 The Grocer reported a senior industry source as saying it was “inevitable” a legal challenge would follow if the government went ahead with the plans.

At the time, there was widespread speculation the FDF was planning to take up the case on behalf of members, in the same way the Scotch Whisky Association did on MUP, but the mood music has changed pretty dramatically since its change of leadership.

Yet suppliers’ anger over the plans has not gone away. And Kellogg’s is not the only company who feels its products are being unfairly demonised by the new legislation, which will ban the vast majority of its products from being promoted in high-profile locations in stores, as well as in volume deals.

The Grocer revealed last week many companies were still questioning whether the NPM, used to decide which products are on the naughty list, is fit for purpose. Especially with the government having told the industry to rely on technical guidance going back to 2011 for the implementation of one of the biggest changes to retailing in its history.

“Having guidance going back to 2011 – that’s not good enough for your flagship policy on obesity,” is how one senior supplier source puts it.

And while the judge who oversees the forthcoming judicial review won’t have the power to quash the regulations altogether, they could send the plans back to government and insist it looks again at the implementation if it is found the two-decade-old NPM system fails to stand up to modern scrutiny.

No wonder, then, that lawyers’ phonelines were running hot today, as other companies in different categories, likely to include dairy and fruit juice, sought advice on whether they too could mount a challenge to the methodology and any other areas where the NPM appears to be contradictory to the latest science on nutritional benefits.

Certainly ministers may find themselves having to face some awkward questions, with the health minister Jo Churchill herself having lauded Kellogg’s for its work on reformulation.

Kellogg’s is also clearly furious that other categories, which it believes have done far less to reformulate their products, have escaped the ban. The knock-on impact of the judicial review could see that row become even more complicated if it results in PHE’s 2018 review of the NPM emerging from the long grass.

Industry sources warned at the time that the review, which has mysteriously disappeared like many such government public health reviews, could see thousands more products banned from promotions. Including the likes of Petits Filous yoghurts and Lucozade, which were both also used as government poster children for reformulation.

Yet the review also aimed to take much more into account than the 2004 guidelines on fibre, so could in fact benefit some brands, potentially Kellogg’s among them.

Health campaigners meanwhile have accused the industry of desperation tactics and urged the government not to back down.

“Do we add jam and cream to the NPM of a scone?” said Children’s Food Campaign director Barbara Crowther. “Do pasta sauce makers argue they need to be assessed alongside pasta? What does it mean for the NPM of tomato ketchup?

“Crunchy Nut cornflakes still have 35% sugar, half a child’s max daily intake, in just a 30g serving. It’s the failure of Kellogg’s to reformulate their product portfolio adequately that is at fault here, not the nutrient profiling model itself.”

With today’s announcement of court action coming a day after ShareAction ramped up its campaign for more transparent reporting on health, targeted at a series of manufacturers including Kellogg’s, it appears the controversy over HFSS legislation has far from run its course. In fact, to misquote Bachman-Turner Overdrive: we may have seen nothing yet.