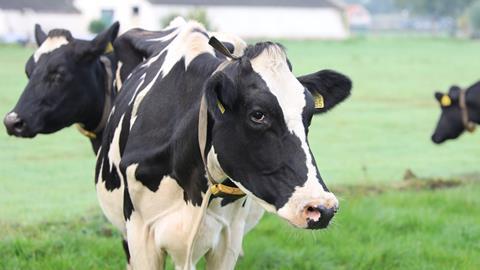 And what a crisis it has become. As The Grocer has reported on numerous occasions over the past two years, dairy was hardly the most resilient of sectors – even before it had to contend with this generation-defining pandemic.

So given how the foodservice and hospitality sectors – markets upon which dairy is so dependent – essentially collapsed in less than a month, it should come as no surprise parts of the industry are now facing oblivion.

With processors warning of price cuts and payment deferrals, and farmers being forced to pour milk down the drain, the NFU described the situation as “desperate” ahead of crunch rescue talks between Defra and industry representatives last Wednesday.

But despite industry leaders presenting a four-point plan to save the sector, talks reached stalemate last week, suggesting perhaps Defra was not listening hard enough.

At the heart of this dispute was a fundamental difference of opinion over just how imperilled the sector had actually become, and as The Grocer understands, whether Defra should put its hand in its pocket to directly bail out some businesses.

Several industry sources also spoke of their concerns many Defra officials showed “poor knowledge” over the intricacies of dairying and a “lack of empathy”.

But on the other side of the argument, some at Defra are understood to have been unimpressed at the sector’s attempts to publicly guilt trip it into offering support for the sector – hence the call for yet more information by officials, which frustrated so many in the dairy industry.

By Friday evening, Defra had announced its plan to further relax competition rules for the sector, in a move that could see processors collaborate more closely to redistribute excess milk and share resources.

AHDB and Dairy UK will also work together to look at how to reduce production – but whether this will be successful as we enter the crucial spring flush phase remains to be seen.

And while the likes of the NFU welcomed Defra’s announcement as a positive first step, many in the industry remain unconvinced by its intervention, and the so-far lack of any direct financial support.

In his announcement Eustice was keen to urge farm businesses “to access the loans that are available from their bank to support them in this period”.

However, dairy businesses have so far struggled to access that particular scheme, which is why the NFU today reiterated the need for the government to introduce a targeted grant scheme for affected farmers, similar to the government’s Retail, Hospitality and Leisure Grant Fund.

And as the NFU’s dairy board chairman Michael Oakes has said on several occasions, “you can’t furlough a cow”.

“The situation is continuing to escalate rapidly with serious financial consequences for many individual businesses,” the NFU and other industry bodies warned in a letter to the government today.

“There are farmers unable to pay their feed companies and having to sell cows. We need action now.”

Defra’s £10m support package for the fishing sector last week demonstrated how government could step in with financial support.

“We believe now is the time to do all we can to ensure the long-term sustainability of the UK dairy sector,” the letter added. Whether Eustice and his team listen could prove the difference between survival and extinction for the sector.