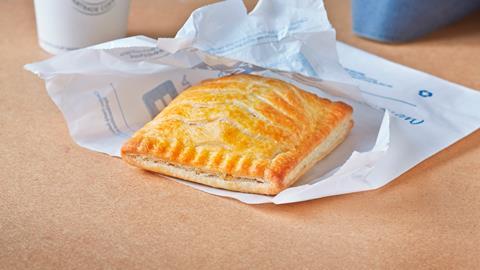 Don’t write off the Greggs evening meal just yet

Remember when Greggs was a bit of a joke? Among southerners, it was incontrovertible proof that things were still grim up north. Admittedly, Greggs was pretty hard to defend. It was the kind of place that made you feel a step closer to heart disease. And not even in the faintly middle-class way of a gourmet burger, or a rustic, homemade pasty. It was essentially a downmarket sausage roll joint.

Today, Greggs has all but lost those connotations. Yes, it is still a sausage roll joint. But it has become far more than that – and those downmarket perceptions have pretty much disappeared. As chief executive Roger Whiteside said in its interim results, Greggs has gone from “an old-fashioned bakery from the north” to a “modern food-on-the-go brand”.

Whiteside says the famed vegan sausage roll, in particular, has helped position Greggs as a modern, relevant brand. On that basis, it is looking to develop and introduce more products along these lines, such as a vegan doughnut and plant-based milk alternatives. The likes of its Balanced Choice range, each item in which contains fewer than 400 calories, has also helped boost its appeal to today’s more health-conscious consumer.

All of which has helped make Greggs a success story against a challenging backdrop. Yesterday, it announced sales had risen 14.7% in the first half of 2019. And profit before tax soared a whopping 57.1%.

Whiteside is adamant we still haven’t reached “peak Greggs”. Now it’s setting its sights beyond breakfast and lunch, and on the heady occasion of the evening meal. Greggs plans to open several shops across the UK until 9pm, offering hot food such as pizza slices. The idea is for Greggs to become an alternative to a takeaway or a ready meal.

It isn’t an obvious move. Especially considering Whiteside cited the busiest period for its Birmingham New Street branch – between 10pm and 11pm on Friday night – as proof of demand. That seems like flawed thinking, unless you count your local kebab shop as a hotbed of untapped evening meal potential.

Greggs also has plenty of competition in this arena. Yes, the takeaway market is growing – there was a 34% increase in spend from 2009 to 2016 – but so is the number of operators. Thanks to Uber Eats, Just Eat and Deliveroo, it’s never been so easy to order everything from Korean to Lebanese cuisine to your door. In this environment, can a slice of Greggs pizza really cut it?

But Greggs is unlikely to make this move without having thought it through first. It will undoubtedly put plenty of research into which branches it selects for extended opening hours. The concept could work particularly well in commuter hotspots – take its London Bridge Station branch, for example.

And if there’s one thing you can’t underestimate, it’s the ability of Greggs to reinvent itself. After all, this is the chain that managed to pull off a four-course Valentine’s meal last year (which resulted in a proposal, rather than a swift dumping). If a former downmarket sausage roll joint can pull in punters for a candlelit evening meal, then surely anything is possible.