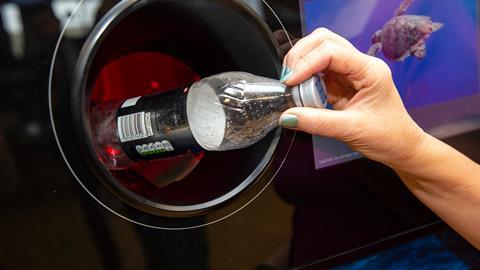 While Defra doesn’t even have a minister responsible for environment policy at the moment, the Scottish government yesterday laid out the draft legislation for a bottle deposit return scheme, which will have huge implications for retailers on both sides of the border.

Nicola Sturgeon insists she wants a system up and running by April 2021, which is two years ahead of what many expect the earliest date possible is for a DRS in the UK.

But the plans have sparked uproar from retailers and are surely a taste of what is to come.

Speaking to The Grocer, Iceland boss Richard Walker described the plans to include glass in the project as a “total nightmare”. Remember this is coming from the first big retailer to embrace DRS, and one which has recycled more than a million plastic bottles in its trials to date.

Meanwhile, the BRC warns there is no way retailers will be ready to run the system unless they agree to accept thousands of tonnes of glass returns by hand. Installing reverse vending machines able to handle glass would cost retailers tens of millions of pounds, the BRC claims, because of extensive changes that would need to be made to stores.

While retailers are most entrenched in their opposition, all sides of the industry have been warning ministers that the idea of including glass in the DRS masterplan is full of cracks.

All this is happening, of course, while there is a power vacuum at Defra following the departure of Michael Gove to run the Duchy of Lancaster and save us all from no-deal armageddon.

As The Grocer revealed yesterday, the flux at Defra means we don’t even know when the environment bill will be published, let alone when huge plans such as DRS, reform of the packaging recovery note system and the plastic tax proposed by former Chancellor Philip Hammond (remember him?) will see the light of day.

With MPs and the courts at war today over whether they should be even be sitting in parliament or not, the massive impact of Brexit – which threatens to delay or kill off altogether debate over key policies affecting the industry – is only just beginning to be felt.

The looming chaos over DRS is just the start.